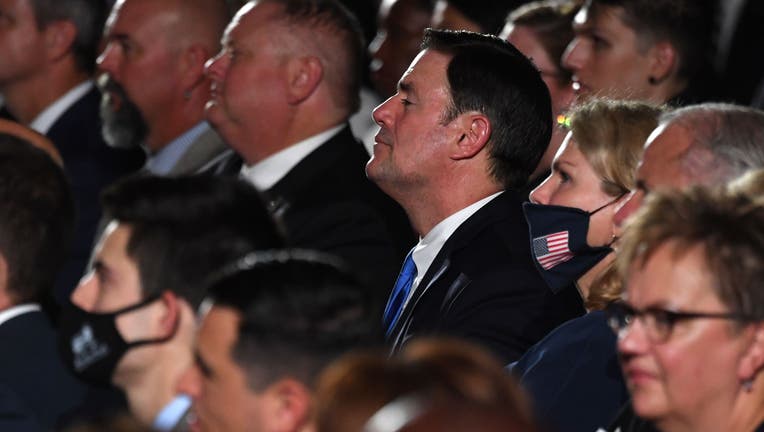 PHOENIX - It’s “Mask Up, Arizona,” to prevent spread of the coronavirus, according to Gov. Doug Ducey.

But the Republican governor was seen without a mask at Thursday night’s White House lawn speech where President Donald Trump formally accepted his party’s presidential nomination.

Ducey was spotted by television cameras mingling with the crowd of about 1,500 invited guests without a mask — even after he tweeted pictures of himself and his wife, Angela wearing masks at the event and a picture of himself wearing what appears to be a different mask with other governors. 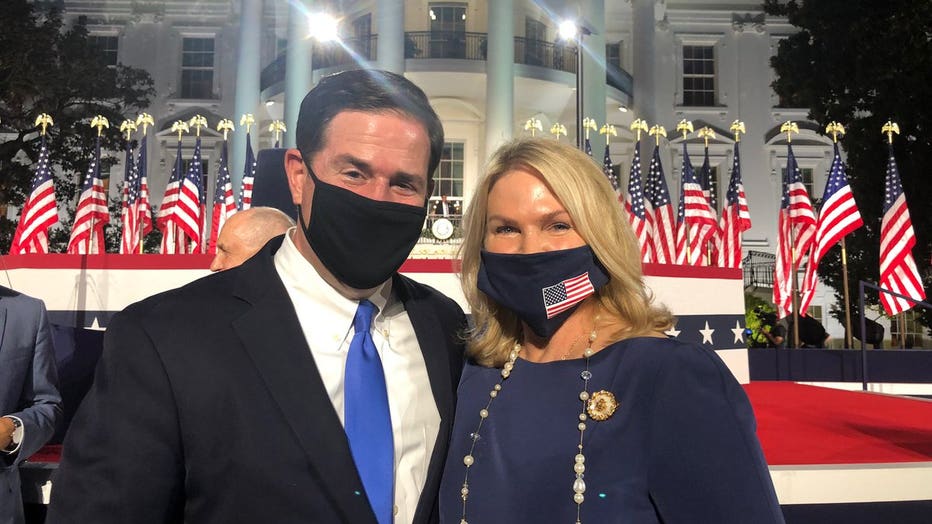 The Arizona Democratic Party was quick to pounce on the disconnect between what Ducey preaches and what he actually does.

“Arizonans have made enormous sacrifices to contain the coronavirus, yet Ducey and Trump are openly flouting the very guidelines that hardworking people have had to follow,” party spokesperson Tyler Cherry said in a statement.

Ducey has been touting the need for people to wear masks in public, practice social distancing and avoid large gatherings.

But he hasn’t issued a statewide mask order, and in fact barred local governments from issuing them until the state saw a huge spike in virus cases in June. Since he allowed counties and cities to require them on June 17, he and his media team have regularly pushed them and noted that 90% of the state’s population is under a mask requirement.

On July 23, he rolled out a $3 million state-funded ad campaign and revealed the “Mask Up, Arizona” slogan. He’s repeatedly pushed the slogan in subsequent media briefings, always arriving while wearing a mask.

The governor’s office didn’t immediately respond to a request for comment Friday.