Cedar allergy, referred to as “cedar fever,” can be intense and debilitating.

AUSTIN, Texas - A video in Central Texas has captured cedar 'spreading its joy' here in Austin. Markus Hogue shot the video from his deck on Lake Travis Sunday morning. "I first thought it was a fire starting until I noticed other cedar trees releasing their pollen," Markus explained.

The peak of the cedar season is usually the first two weeks of January. 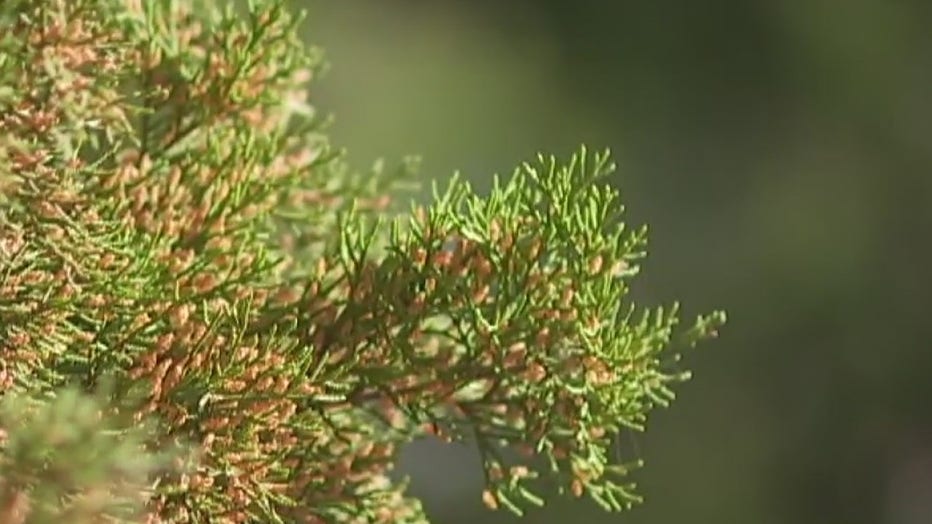 The mild climate and high humidity in Austin cause high levels of pollens and molds throughout much of the year, and cedar pollen from December through February can be especially severe. Cedar pollen counts in Central Texas are the highest pollen counts of any plant anywhere in the world, according to the Allergy and Asthma Center of Austin.

Cedar allergy, referred to as “cedar fever,” can be intense and debilitating.

On days of very high pollen counts, many cedar allergic people can’t go outdoors without experiencing severe symptoms. Some people must miss work or school and can’t get good control of their symptoms despite taking lots of medication.

Rhiannon Ringo with Baylor Scott and White Health said there are things you can do mid-season to lessen the blow of the effects.

“..Making sure that we avoid being outdoors for an extended amount of time on windy days. Make sure you wash the pollen off your body,” she said

Ringo said prevention is key when it comes to allergies.

"Go to the allergist, have testing, know what you’re allergic too and then make a plan,’ she said.