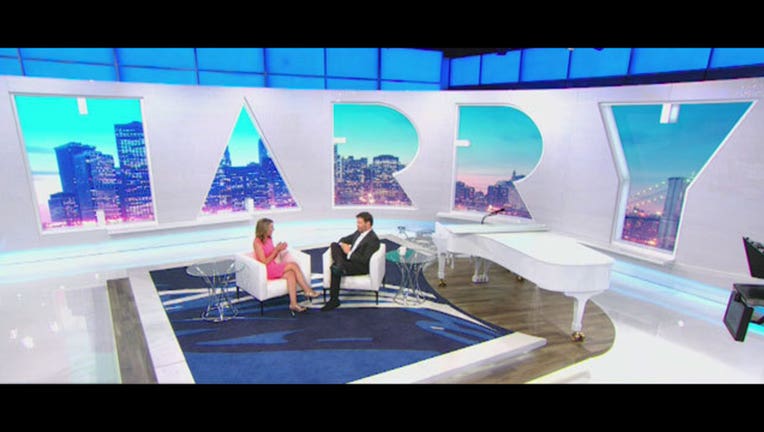 NEW YORK (KSAZ) - Stepping onto a gleaming new set with his name filled with the iconic New York skyline behind him, Harry Connick Jr. says it's a moment that's been years in the making.

"I read 20 years you've been thinking about doing something like this and now we're here... how did this come to fruition for you?" FOX 10's Liz Kotalik asked.

"Well, I've been approached by people over the years to do something like this, not exactly like this, but something on TV in a regular way and it just never felt right because I had so much stuff to do," he said.

He's had so much stuff to do like starring in movies, making albums and hosting American Idol.

These are the little things that have defined Harry's career for almost 30 years.

"But now that I've been around for a while, the idea of doing all of the things that I love to do under one roof really makes sense to me," he said.

It's a party, simply titled Harry and it debuts on Monday at 2 p.m., on FOX 10. Harry says it's a music-filled celebration with celebrities, segments and tons of surprises.

More often than not, Harry says he has no idea what his producers are going to throw at him.

They are spontaneous moments orchestrated by two men who many consider titans in the television world.

This guy would be Justin Stangel and his younger brother, Eric, who both work here after signing off last year as executive producers and head writers for The David Letterman Show.

"Justin and Eric really are legends," Harry said. "So, if you take that type of late-night humor and the late-night way of doing shows and you combine that with music and spontaneity and put that right in the middle of the day, I think it makes for a very different type of day time show."

It's all something special Harry says he's been dreaming about for decades and now, it's reality for a man who's known for doing it all.

It's all about switching things up with the unexpected and the unscripted and impromptu daytime television is what Harry Connick Jr. says sets him apart from the rest.

"I'm a very spontaneous performer," he said. "I don't like to rehearse things too much, and I'm allowed to be spontaneous."

So are his executive producers, who surprise Harry with guests who may be famous or potentially ferocious.

"Well, yeah! It's gonna' rip my face off," Harry said. "Well, thankfully that didn't happen… I know a lot of women would be very upset about that."

Another segment setup by producers is when Harry shows up to the homes of hard-working women all over the country. They don't know he's coming and he doesn't know who they are, but they get to know each other quickly because when Harry gives a woman a spa day, he takes over her job.

"And they've put me in some crazy… you know… stuff I have no… I mean, I don't know how to do most stuff," he said. "So when i show up to these homes and you know like nail salons where I have to take over for..."

"Wait, have you had to do someone's nails? FOX 10's Liz Kotalik asked.

"Oh, it's awful," Harry replied. "Filing somebody's nails was the most horrifying experience I ever had."

"So you have a newfound appreciation for the nail techs of the universe," FOX 10's Liz Kotalik said.

"And that's the other thing... like, I love learning stuff from people," he said.

People he'll meet on the street and in his live, studio audience where hardly anything will be stages, which makes everything genuine fun.