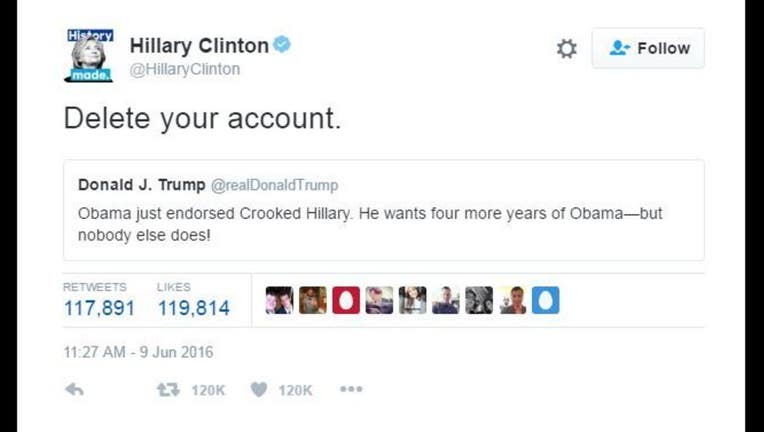 The tweet was posted Thursday morning just after President Obama publicly announced his endorsement for Hillary Clinton as President of the United States. Donald Trump criticized his endorsement, saying" Obama just endorsed Crooked Hillary. He wants four more years of Obama--but nobody else does!"

Is this a sign of things to come between now and the November election? Many are saying it will be a nasty and heated battle leading up to the general election.