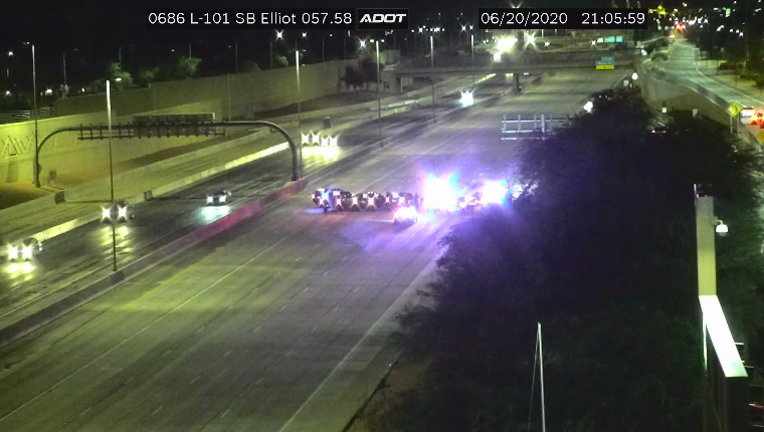 CHANDLER, Ariz. - A law enforcement situation closed down southbound lanes on a short stretch of Loop 101 in Chandler Saturday night. The lanes have since been reopened after a brief standoff.

Just before 9:10 p.m., the Arizona Department of Transportation reported southbound lanes on Loop 101 at Elliot Road are blocked due to a heavy police response.

At around 9  p.m., the Tempe Police Department said officers responded to a hit-and-run crash near Mill Avenue and Hermosa Drive.

Officers found the driver who was suspect to be involved in the crash and signaled for him to stop, but the suspect continued until he reached Elliot Road on Loop 101.

The suspect refused to get out of the car but after negotiations with the DPS troopers, the got out and complied. He was detained and police say he will face charges related to the incident.

Impairment is being investigated.

The suspect's name was not released.