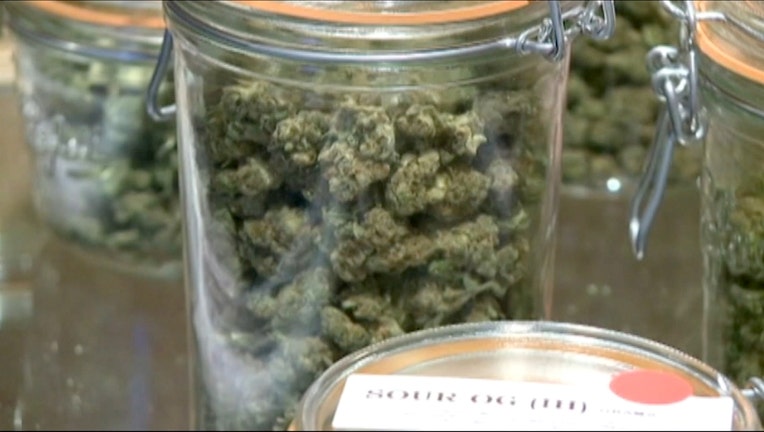 CHICAGO, Ill. - Illinois rang in the new year by officially legalizing the sale of recreational marijuana, raking in nearly $3.2 million in sales on its first day, state officials announced Thursday.

Lt. Gov. Juliana Stratton represented just one of 77,128 purchases -- edible gummies in Chicago -- on day one in the state "to celebrate a big day in Illinois" she said.

Michigan, which legalized recreational marijuana on Dec. 1, generated $3.1 million in the first two weeks of sales. First-day sales in Colorado, the first state to legalize marijuana for adult recreational use, were over $1 million on Jan. 1, 2014.

Although the state had previously legalized marijuana for medicinal purposes, Democratic lawmakers pushed new legislation to make Illinois the 11th state to allow marijuana to be used and sold for recreational purposes. Under the new law, people 21 or older are allowed to possess up to 30 grams of cannabis flower and up to 5 grams of cannabis concentrate but are still not allowed to consume the drug in public.

Nearly three dozen dispensaries have been issued licenses to sell recreational marijuana in the state, with an additional 75 licenses to be granted by May. Cannabis sales could generate $250 million for Illinois by 2022, according to estimates by state officials.

ILLINOIS GOVERNOR PARDONS MORE THAN 11,000 MARIJUANA CONVICTIONS TO RING IN 2020

“Those lines actually show there's an incredible opportunity to grow this industry,'' Toi Hutchinson, senior adviser to Gov. J.B. Pritzker, told reporters, according to reports by The Associated Press. “There's new room for new people to come in.”

Opponants of the new law argue that commercialization of the drug will only further addiction.

“In the end, big pot only cares about being able to peddle its addictive, highly potent products in disadvantaged communities as it takes its playbook from big tobacco,” said Kevin Sabet, president of Smart Approaches to Marijuana. “This what we have seen in every single state that has gone down this road, and we have no reason to expect Illinois' experience to be any different.”

The Associated Press contributed to this report. Get updates on FOX News.