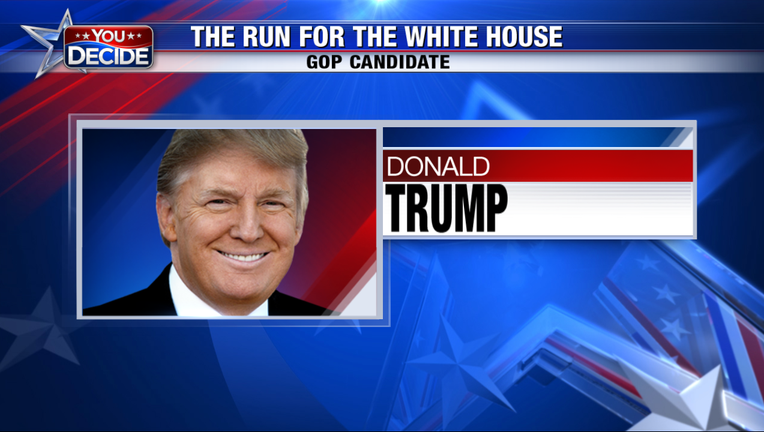 He says he has not ruled out New Jersey Gov. Chris Christie, a former rival who has embraced the billionaire's campaign with gusto.

"I have a list of people that I would like," Trump said Tuesday in an interview with The Associated Press.

The real estate mogul and former reality television star said he's giving special weight to political experience because he wants a vice president who can help him "with legislation, getting things through" Washington if he wins the White House.

"We don't need another business person," said Trump, who touts himself as one of the best in that category.

He also said choosing a person who's previously held elected office would help with the process of looking into the person's background, in part because that person already would have been checked out by voters, the news media and to some extent the government.

"For the most part, they've been vetted over the last 20 years," he said.

If he selects a military or business person, he said, "the vetting is a whole different story. Whereas the politicians are, generally speaking, pretty well vetted."

Trump would not reveal the full list of possible running mates, but said his decision this week to appoint Christie to head his White House transition team did not mean the New Jersey governor was out of consideration.

Trump's vice presidential pick could be crucial to easing the concerns of Republicans who worry about their presumptive nominee's lack of political experience, as well as his temperament to serve as commander in chief. Tapping a political insider would also be a way for Trump to signal a willingness to work with the party establishment he has thoroughly bashed throughout the primary.

Former Texas Gov. Rick Perry and former Arizona Gov. Jan Brewer are among the Republicans who have suggested they would be open to joining Trump on the GOP ticket. Others, including Trump's former primary rival Marco Rubio, have ruled out being considered.

"I have never sought, will not seek and do not want to be considered for vice president," Rubio wrote in a Facebook post Monday.

Trump's campaign manager, Corey Lewandowski, has been chosen to run the vetting effort "with a group" that includes former rival Ben Carson and Trump himself, the candidate said.

"Honestly, we're all running it. It's very much a group effort," said Trump, adding that he's in no rush to announce his pick.

"I do think I don't want to make a decision until the actual convention. Not even before it. I mean, until it," he said.