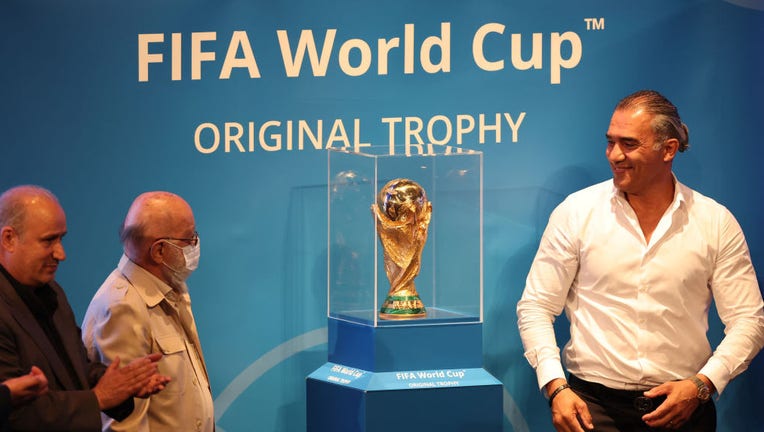 TEHRAN, Iran - Iran on Thursday put the FIFA World Cup trophy on display for the first time, part of the trophy’s global tour ahead of the tournament that kicks off in neighboring Qatar in November.

The trophy display ceremony was held in Tehran’s Milad Tower hall in the capital, with hundreds of spectators looking on.

Ahmad Reza Abedzadeh, who captained Iran’s team in the 1998 World Cup in France, unveiled the trophy.
The trophy tour includes every nation that has qualified for the tournament.

Iran, the earliest qualifier, will start the World Cup as an underdog with both England and the USA ranked higher by FIFA. It will be the sixth time that Iran is present in the World Cup in the nation’s history.