Greenberg pleaded guilty to six federal charges in May 2021 as part of a plea agreement with the Department of Justice. In that agreement, Greenberg admitted to paying women for sex, including an underage girl he met on the internet. Greenberg also admitted to introducing that girl to other adult men in Florida, though the agreement did not explicitly name the other men allegedly involved.

"Nothing justifies my actions. My conduct is so shameful. I feel remorse for what I’ve done," Greenberg said in court Thursday.

"He knows he betrayed their trust," his attorney said outside the courthouse after the sentencing.

Former Seminole County Tax Collector Joel Greenberg was sentenced to eleven years in prison on Thursday after he pleaded guilty to charges of child sex trafficking, stalking, and wire fraud.

Greenberg’s cooperation could play a role in an investigation into his friend Gaetz over whether he paid a 17-year-old girl for sex. Gaetz has denied the allegations and previously said they were part of an extortion plot.

No charges have been brought against the Republican congressman, who represents a large part of the Florida Panhandle.

The minor in the sex crimes case was almost an adult and had advertised as being over age 18 in her escort profile on the website "Seeking Arrangements," which facilitates "sugar daddy" relationships, defense attorney Fritz Scheller wrote in court papers.

The defense attorney also said that Greenberg "has provided significant substantial assistance to the government in the areas of public corruption, election fraud, wire fraud, and sex trafficking."

Scheller also had asked the judge to take into consideration Greenberg’s struggles with mental illness, starting with an attention deficit disorder diagnosis at age 7 and panic attacks, depressive and anxiety disorders as an adult. At the time he committed the crimes, he had bipolar disorder with symptoms of mania, which affected his judgment and impulse control, Scheller said. 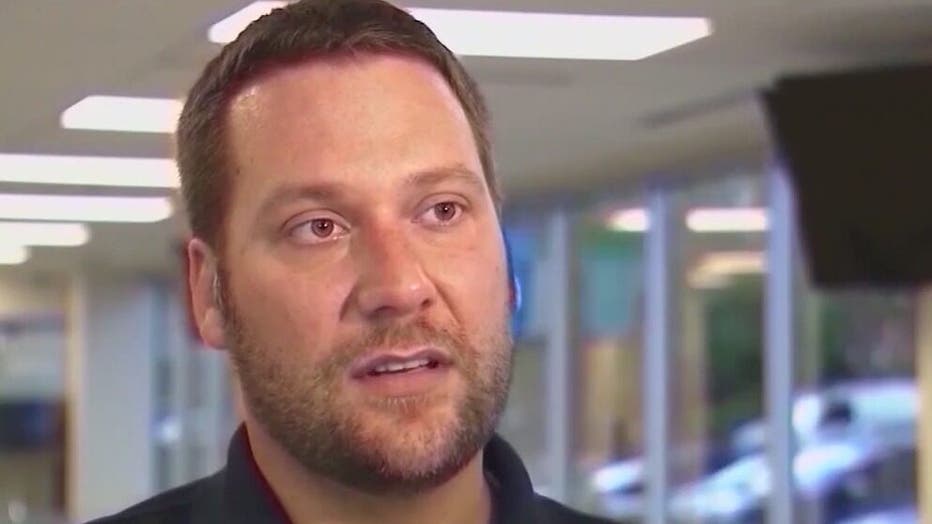 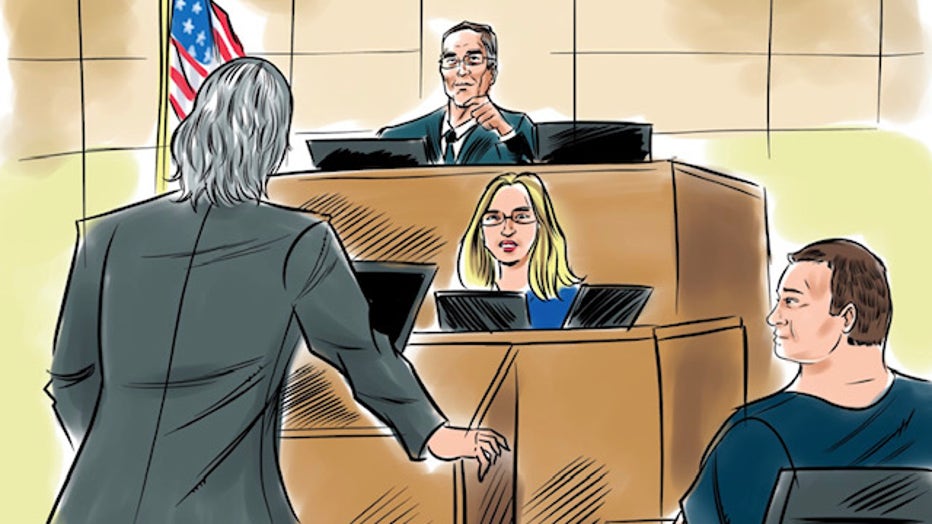 An artist's sketch of Joel Greenberg in federal court ahead of sentencing. Greenberg pleaded guilty to six federal charges, including child sex trafficking.

The judge said Wednesday during a pre-sentencing hearing that any sentence less than 10 years would mean Greenberg would have "got away with the other crimes for free."

In a previous release, the DOJ said Greenberg was facing a maximum of 20 years for wire fraud, 15 years for producing face documents, 15 years for conspiracy, five years for stalking, and mandatory minimum sentences of 10 years – and up to life – for child sex trafficking, and two years for aggravated identity theft.

Greenberg's attorney argued that he should receive a reduced sentence because he cooperated with the government and testified against at least 24 other people allegedly linked to corruption, fraud, sex crimes, and election fraud.

His attorney believes Greenberg will only serve about six years of the sentence if he continues to cooperate.