A federal judge said Monday that John Hinckley Jr., who tried to assassinate President Ronald Reagan four decades ago, can be freed from all remaining restrictions next year if he continues to follow those rules and remains mentally stable.

U.S. District Court Judge Paul L. Friedman in Washington said during a 90-minute court hearing that he’ll issue his ruling on the plan this week.

Since Hinckley moved to Williamsburg, Virginia, from a Washington hospital in 2016, court-imposed restrictions have required doctors and therapists to oversee his psychiatric medication and therapy. Hinckley has been barred from having a gun. And he can’t contact Reagan’s children, other victims or their families, or actress Jodie Foster, who he was obsessed with at the time of the 1981 shooting. 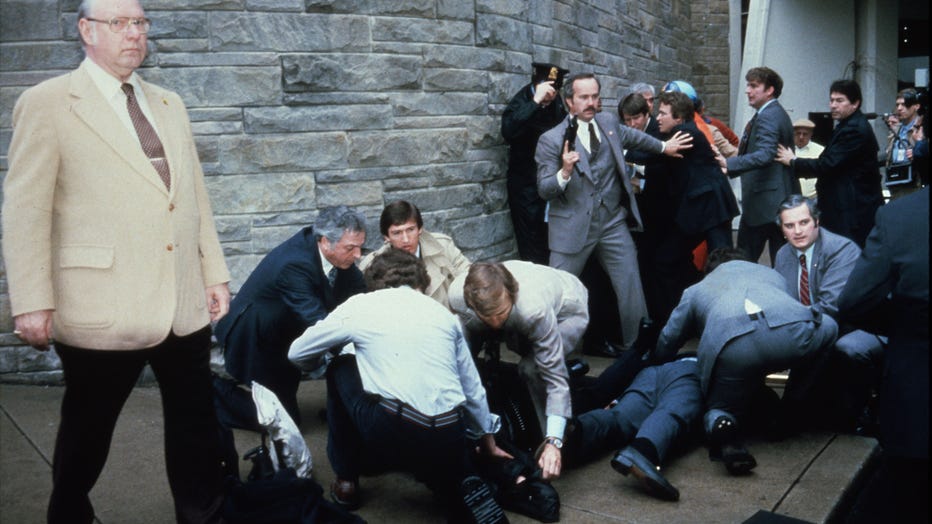 23374 08: Chaos surrounds shooting victims immediately after the assassination attempt on President Reagan, March 30, 1981, by John Hinkley Jr. outside the Hilton Hotel in Washington, DC. Injured in the shooting are Press Secretary James Brady and Ag

Friedman said that Hinckley, now 66, has displayed no symptoms of active mental illness, no violent behavior and no interest in weapons since 1983.

"If he hadn't tried to kill the president, he would have been unconditionally released a long, long, long time ago," the judge said. "But everybody is comfortable now after all of the studies, all of the analysis and all of the interviews and all of the experience with Mr. Hinckley."

Friedman said the plan is to release Hinckley from all court supervision in June if all goes well.

A 2020 violence risk assessment conducted on behalf of Washington’s Department of Behavioral Health concluded that Hinckley would not pose a danger if he's unconditionally released from the court-ordered restrictions.

The U.S. government had previously opposed ending restrictions. But it took a different position Monday, with attorneys saying they would agree to unconditional release if Hinckley follows the rules and shows mental stability for the next nine months.

Kacie Weston, an attorney for the U.S. government, said that it wants to make sure Hinckley can adapt well to living on his own after his mother died in July. Another concern is the impending retirement of one of his therapists and the looming end to a therapy group, which has provided a lot of support and social interaction for Hinckley.

Hinckley was 25 when he shot and wounded the 40th U.S. president outside a Washington hotel. The shooting paralyzed Reagan press secretary James Brady, who died in 2014. It also injured Secret Service agent Timothy McCarthy and Washington police officer Thomas Delahanty.

Jurors decided Hinckley was suffering from acute psychosis and found him not guilty by reason of insanity, saying he needed treatment and not life in prison.