PHOENIX - The Arizona Republican Party and its lawyers must pay $18,000 in attorneys’ fees that taxpayers were forced to pick up late last year to defend government officials against one of the party’s failed lawsuits challenging President Joe Biden’s victory in the state, a judge has ruled.

In a decision on March 12, Judge John Hannah concluded the state GOP brought a groundless legal claim to court, filed its case for political reasons while claiming it was trying to protect election integrity and failed to acknowledge it sued the wrong government officials. The financial award was made under a law that requires judges to assess attorney fees against lawyers or legal parties who bring claims to court without substantial justification or to delay or harass.

The judge wrote the GOP had in effect acknowledged it brought the lawsuit for an improper purpose when it said the suit was motivated by public mistrust after the election. "‘Public mistrust’ is a political issue, not a legal or factual basis for litigation," the judge wrote.

Hannah said the party didn’t make a serious effort before filing the lawsuit to determine whether its claims were valid and never named Democratic Secretary of State Katie Hobbs as the official responsible for carrying out the law at issue in the case and instead sued Maricopa County officials.

Jack Wilenchik, one of the attorneys representing the Arizona GOP, issued a statement saying the decision would be appealed and that the judge’s conclusion that public mistrust in an election is an improper reason for a political party to bring to court is "sorely disrespectful to the views of the many Americans whom I am proud to represent."

Wilenchik said the order "encourages public distrust in the government for being openly hostile to them."

Of the eight unsuccessful lawsuits challenging Biden’s win in Arizona, two were filed by the Arizona Republican Party and another case was filed by state GOP Chairwoman Kelli Ward. 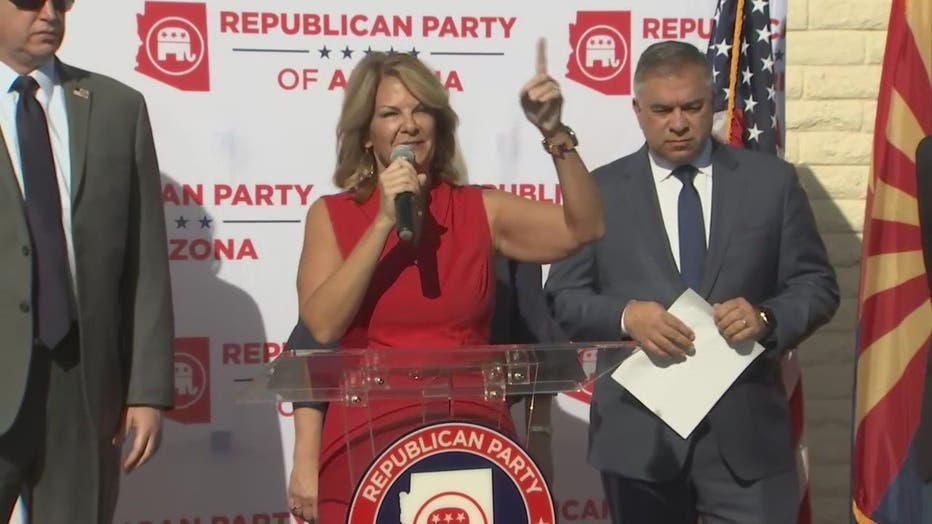 No evidence of fraud or hacking of voting machines emerged from the election in Arizona.

The award of attorneys’ fees came in a lawsuit in which the state party sought a new audit of a sampling of ballots. While the Republican Party said the purpose of its challenge was to determine whether voting machines were hacked, Hobbs’ office argued the suit was a delay tactic aimed at undermining the certification of election results.

The county completed a hand-count of some ballots on Nov. 9 that showed its machine counts were 100% accurate. The same was found later during routine post-election accuracy tests on the counting machines.

Still, the GOP suit sought a new limited electronic audit of ballots that would be measured on a precinct level, rather than the audit that was conducted of the county’s new vote centers, which let people vote at any location across the county. The GOP argued state law requires the hand-count audit to be done on the basis of precincts and said county officials would still have adequate time to certify results.

Senate Republicans want to audit the ballots to try to show whether there were problems with the 2020 election in Maricopa County.

The department released the video following internet claims that shredded ballots were discovered in a dumpster outside the building near Third Avenue and Jefferson Street in Downtown Phoenix.

Voters would have to include an affidavit with their birthdate and the number from their driver’s license, state ID or tribal identification card. If they don’t have one of those forms of ID, they could include their voter registration number and a copy of a utility bill.