From the moment Maj. Gen. Gordon Granger uttered the words "all slaves are free" to the town of Galveston, Texas, Juneteenth has been celebrated in the United States.

"The people of Texas are informed that, in accordance with a proclamation from the Executive of the United States, all slaves are free," Granger said, freeing the slaves in the westernmost slave state and birthing America’s oldest-known celebration of the end of slavery.

The formerly enslaved rejoiced. Finally, freedom had come. Many ran away from their former owners before Granger finished reading the order. Others stopped to celebrate, dancing, eating BBQ and drinking strawberry soda — traditions that are still observed today.

Reenactment of Major General Granger freeing the slaves in Galveston

The commemoration was mostly confined to Texas for many years, but grew to become a day African Americans could cling to as an Independence Day.

Even though it’s been celebrated for 156 years and is recognized in some form in 47 states and the District of Columbia, Juneteenth was not a federal holiday until this year.

Here's a look at how the federal holiday has made its way through history.

On Feb. 25, 2021, Democrats in the House and Senate introduced the Juneteenth National Independence Day Act. It would make Juneteenth the 12th federal holiday, with observation falling on June 19.

"Juneteenth honors the end of the years of suffering that African Americans endured under slavery and celebrates the legacy of perseverance that has become the hallmark of the African American experience in the struggle for equality," said Rep. Sheila Jackson Lee, who introduced H.R. 1320.

"For too long, we have tried to whitewash our nation’s history instead of confronting the uncomfortable and painful truth," Markey said. "This legislation to make Juneteenth a federal holiday is but one step we can take to begin to right the wrongs of the past and ensure equal justice in the future." 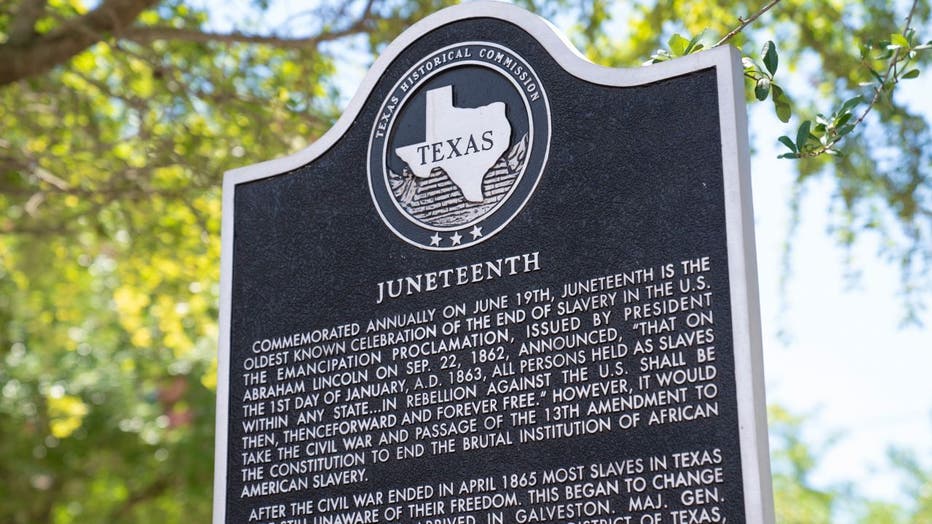 Juneteenth is the oldest known celebration of the end of slavery in the United States. (Source: Galveston Convention & Visitors Bureau)

The Senate bill enjoyed bipartisan support. The House voted 415-14 on Wednesday to send the bill to President Joe Biden, while the Senate passed the bill unanimously the day before.

Congress has not added a federal holiday since Martin Luther King Day in 1983. And even that bill took many years to pass.

King was assassinated on April 4, 1968. Sen. Edward Brooke and Reps. John Conyers and Charles Samuel Joelson introduced several bills that would give King a holiday.

Conyers introduced a bill to establish MLK Day every single session between 1968 and 1983. None of them went to a vote until 1979, which failed to be approved by two-thirds of the House.

Before its passage in 2021, the Juneteenth bill also failed. The same group of lawmakers introduced an identical bill last year on Juneteenth.

RELATED: Juneteenth: New federal holiday pressures US companies to give day off

It stalled in the Senate while Markey and Sen. John Cornyn tried to pass it through unanimous consent. An objection by Republican Sen. Ron Johnson derailed it, who argued that the new federal holiday would cost taxpayers millions of dollars.

In 2012, Sen. Key Bailey Hutchinson introduced a bill to declare Juneteenth as a national day of observance — similar to Flag Day and Patriot Day.

Hutchinson’s bill never advanced out of committee. But even if it had passed, it wouldn’t have offered the same benefits as federal holidays.

What does federal holiday status mean?

Federal holidays grant days off of work for federal employees across the country.

Title V of the United States Code only empowers Congress to create holidays for federal employees. States are not required to observe them, though many often do. And federal holidays do not mandate off days for employees at private businesses, though companies likely include them in their list of recognized holidays.

States are permitted to create their own holidays, which is why states like Alaska, Hawaii, Maine and Oregon have moved away from the federal holiday Columbus Day in lieu of Indigenous People’s Day.

And it’s what allowed many states and businesses to previously declare Juneteenth a holiday all on their own.

Texas became the first state to declare Juneteenth a holiday in 1979. It was thanks to the work of state Rep. Al Edwards, who passed away in April 2020.

A statue of Edwards stands in Galveston where the first and the biggest Juneteenth celebration occurs. 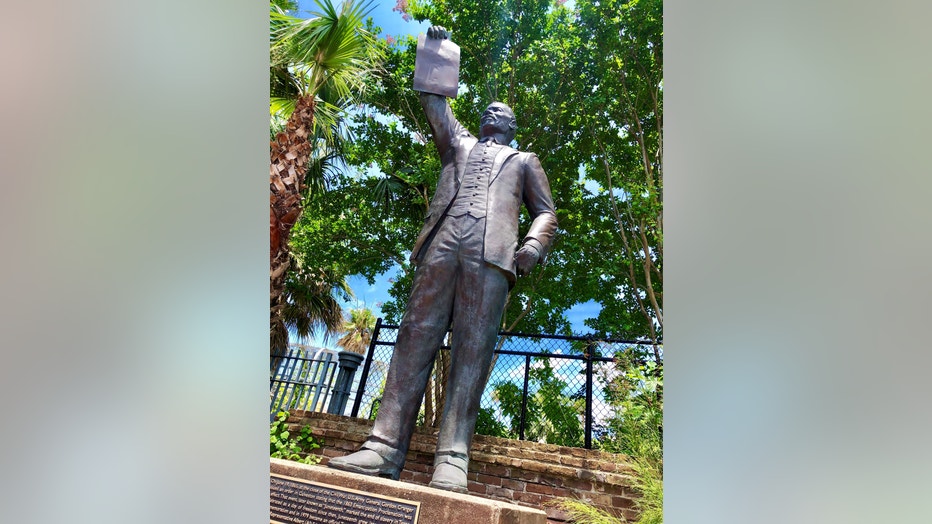 Galveston erected a statue of Rep. Al Edwards, who fought to get Juneteenth recognized as a state holiday in Texas. (Source: Galveston Convention & Visitors Bureau)

Every year, the city holds a reenactment of Granger’s reading of Gen. Order No. 3. Guest speakers from all levels of government are known to visit the ceremony.

According to Doug Matthews, who has coordinated the city’s Juneteenth festivities for decades, the celebration isn’t limited to just a single day. Attendees can expect 12 to 15 events, such as a gala, banquet and several parades.

Many businesses pounced on the opportunity to name Juneteenth a company holiday in the wake of America’s reckoning with racial inequality after the murder of George Floyd.

A growing list of companies have decided to make Juneteenth a paid holiday.

Juneteenth takes place on June 19 and commemorates the end of slavery in the United States.

"Juneteenth is a day my late husband, Rev. Ronald Vincent Myers, Sr., M. D., Founder of the National Juneteenth Observance Foundation and Father of The Modern-Day Juneteenth Movement, worked so feverishly to make into a day of observance," said Sylvia Holmes-Myers.

Rev. Myers dedicated his life to lobbying for Juneteenth to become recognized nationally. His widow said he always envisioned a Juneteenth holiday as a day of celebration and education.

"Dr. Myers believed and knew that June 19th and the 4th of July made the history of America’s freedom complete," Holmes-Myers said. "I know that the man that I called my husband, my children’s father, and your Doc, is smiling from heaven knowing that finally Juneteenth is receiving the recognition it justly deserves. It was a long time coming."