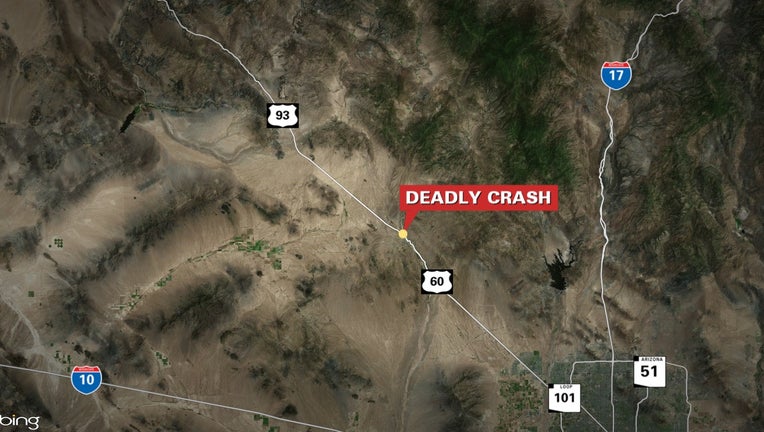 Two people were killed in a crash on the main highway that heads toward Nevada on Friday afternoon, the Arizona Department of Public Safety said.

At around 1 p.m. on Jan. 20, DPS says several people were hurt in a 2-car head-on crash on US-93. Two people died and at least two more were taken to the hospital with life-threatening injuries.

The crash happened 25 miles north of Wickenburg at milepost 173. It's unknown what caused the crash and what factors were involved.

The victims haven't been named.

US-93 is the main highway Arizonans take to get to Las Vegas, Nevada.