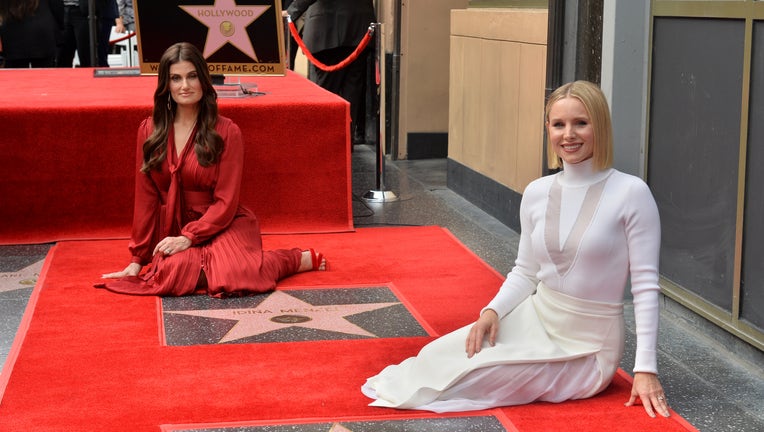 HOLLYWOOD, CALIFORNIA - NOVEMBER 19: Idina Menzel (L) and Kristen Bell (C) are honored with stars on the Hollywood Walk of Fame on November 19, 2019 in Hollywood, California. (Photo by Jerod Harris/Getty Images)

LOS ANGELES - "Frozen 2" stars Kristen Bell and Idina Menzel received stars on the Hollywood Walk of Fame Tuesday during a ceremony hosted by the Hollywood Chamber of Commerce.

The honor comes before Friday's release of the highly anticipated movie, "Frozen 2." The first "Frozen" earned $93.5 million domestically over the five-day Thanksgiving weekend when it was released in 2013, and the sequel is expected to top that. 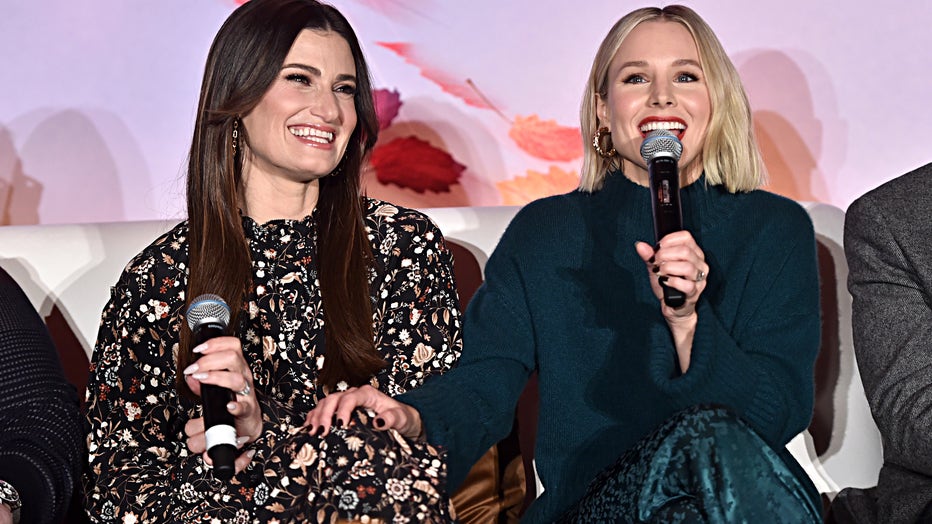 "The Hollywood Walk of Fame makes an extra special effort to pair artists who work together or are related with their stars next to each other," said Ana Martinez, Producer of the Hollywood Walk of Fame. "We are thrilled to place Kristen and Idina, who are the stars of the upcoming Disney film 'Frozen 2,' together in front of Hollywood's most historic theatres." 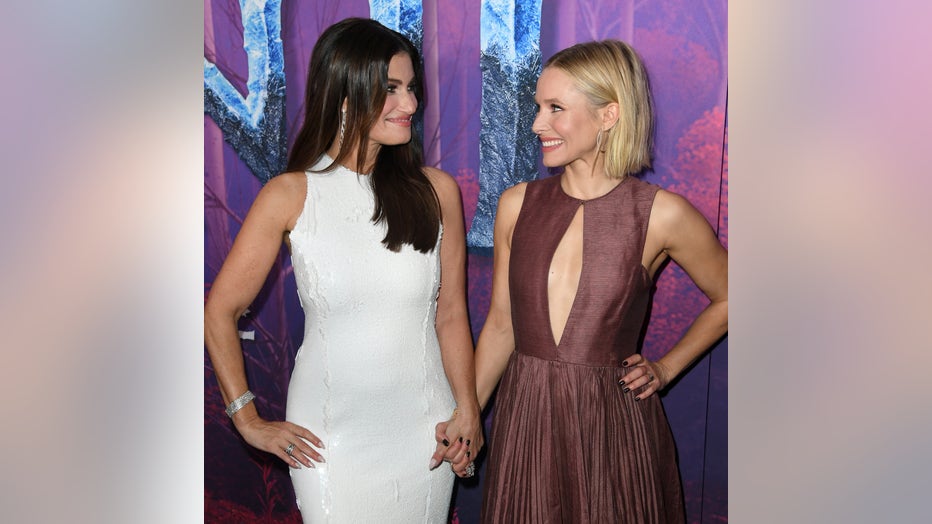 Menzel and Bell star together as sisters Elsa and Anna in "Frozen" and "Frozen 2." The premise of the sequel is set to take place three years after the events of the first film.

Bell, born in Detroit, found her talent in entertainment at an early age. In 1992, she went to her first audition and won a role in "Raggedy Ann and Andy." In 2001, Bell went on to play her first role on Broadway as Becky in "Tom Sawyer." After moving to Los Angeles, she scored her first major role as 17-year-old detective Veronica Mars. The show remains a cult classic and fans of the series raised over $5M in a Kickstarter campaign to have Bell revise her role in a movie related to the series. Bell currently stars in the NBC series "The Good Place," which recently won her the People's Choice Award for Comedy TV Star of 2019. The show is currently airing its fourth and final season. 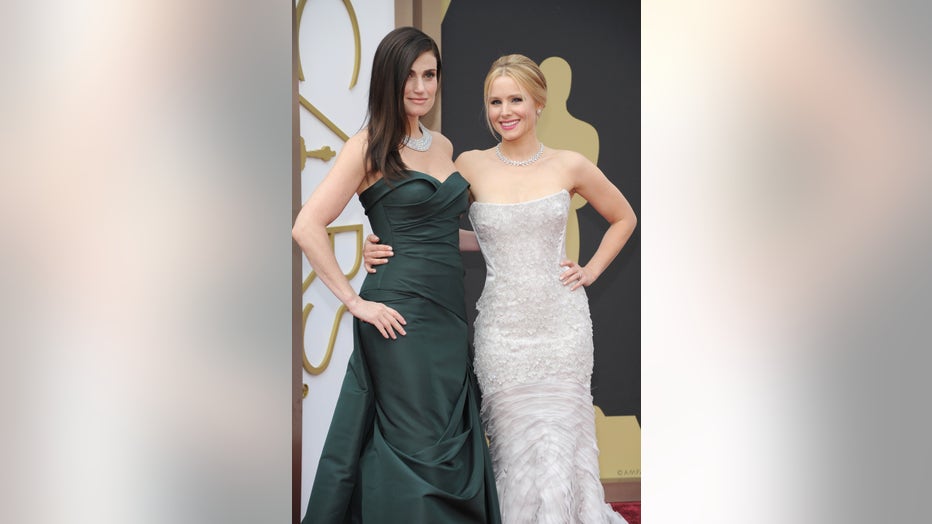 Menzel, born in New York, also began her career at an early age, working as a wedding and bar mitzvah singer as early as 15 years old. Menzel is a powerhouse of talent: a singer, an actor in film and TV, a songwriter and a Broadway star. She rose to fame for her role as "Maureen" in the popular Broadway musical "RENT," and her career took off when she won a Tony Award for her role as "Elphaba," in the smash musical, "Wicked."