PHOENIX - A sports bar in Phoenix is in trouble for violating the disabilities act. The Attorney General's Office says O'Briens Sports Bar discriminated against a man who wanted to bring his service animal into the bar.

Bill Larson likes to take his service dog, Whopper, wherever he goes. The Air Force veteran suffers from mini-strokes that Whopper is trained to detect. 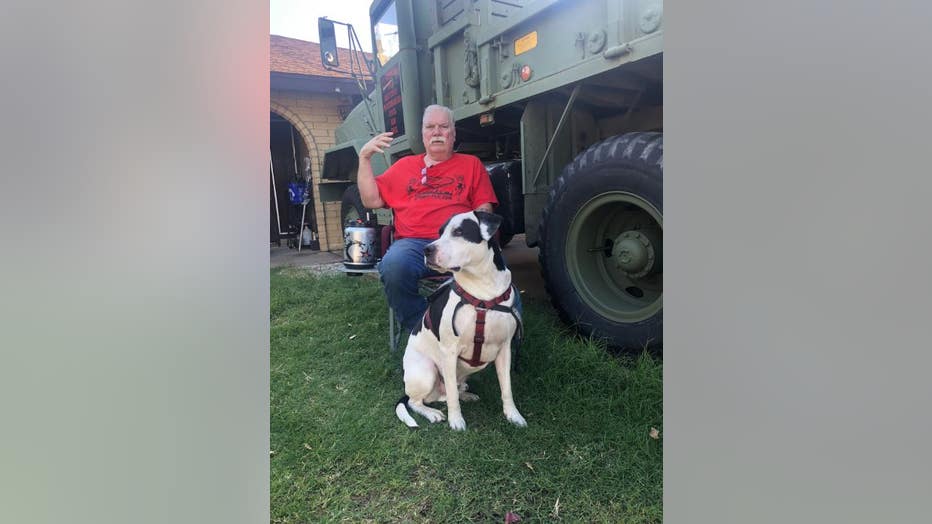 "All of a sudden he just gets up and climbs up on me and licks my face and that's how he alerts me something's going on with my head injury, my brain injury," said Bill Larson.

"The bartender comes around and says you can’t have your dog in here and I say no he’s my service dog, she says I don’t care I know it’s a service dog she can see his vest and says the owner doesn’t allow animals," said Larson.

"I don't want a service animal that's emotional support in my bar, it's after 9:00 there's no reason for an emotional support animal being in the bar," said Alan Swenson, O'Briens Owner. "There's loud music in here, there's all kinds of activity and you're abusing that animal, the animal needs not to be in here."

Larson brought it to the attention of the Attorney General's Office. Attorney General Mark Brnovich says they're now involved because they believe Larson's civil rights were violated under the Arizonans with Disabilities Act.

“I can’t believe in this day and age anyone would be denied service because of their physical disability and because they have a service animal," said Attorney General Mark Brnovich. "This is not about money, it's not about shaking down businesses, this is about someone following the law and that businesses are being accessible to anyone that has a physical challenge or disability."

It's a fight Swenson says isn't needed. Instead of a lawsuit, he says the state needs to figure it out.

"I want the Arizona legislature to write what is allowed and what isn't allowed, now they say a working animal only, working and I have a sign on my building, working does not mean emotional support," said Swenson.

O'Briens is now facing fines because of what the Attorney General's Office says is a failure to comply with the law.