SURPRISE, Ariz. - Police in Surprise say they arrested a man after he stabbed his girlfriend multiple times during an argument over homework.

According to court documents, 27-year-old Raymond Maltos was arrested on Feb. 6 after he called police saying that his girlfriend was bleeding and "had sustained approximately thirty stab wounds" at a home near Waddell Road and Bullard Avenue.

"Communications inquired if he was the one who had stabbed [the victim] which he responded, ‘They’ll see,'" read a portion of the court documents.

Officers responded to the scene and detained Maltos.

"While being removed from the scene it was reported that Raymond had made a statement something relative to ‘I just couldn’t stand her anymore," court documents read.

The victim was taken to a hospital with life-threatening injuries.

During an interview with police, Maltos said he had been dating the victim for two years and that he had "bared witness to domestic abuse" involving his girlfriend, and her father and mother.

"Raymond advised [the victim's] father is strict and demands high performance academically that has taken a toll on her," court documents read.

Maltos said on the night of the stabbing, he had left work early to spend time with his girlfriend because she was having trouble with her homework.

"He attempted to console her by providing comforting words and encouragement, but his efforts yielded negative results and she began to scold his attempts by saying he was mocking her," court documents read.

Maltos said he didn't understand why his girlfriend was mocking him, to which she replied, "Boo hoo."

"In that instant, Raymond advised of a violent rage taking over him which he believed to be a dream," court documents read.

"In that moment he advised he knew what he had done and began to attempt to render aid," court documents read.

Maltos said he initially left the home when he and his girlfriend began arguing but returned to talk things out, which escalated into the attack.

Maltos was booked into jail and is accused of attempted murder and aggravated assault. He is being held on a $250,000 bond. 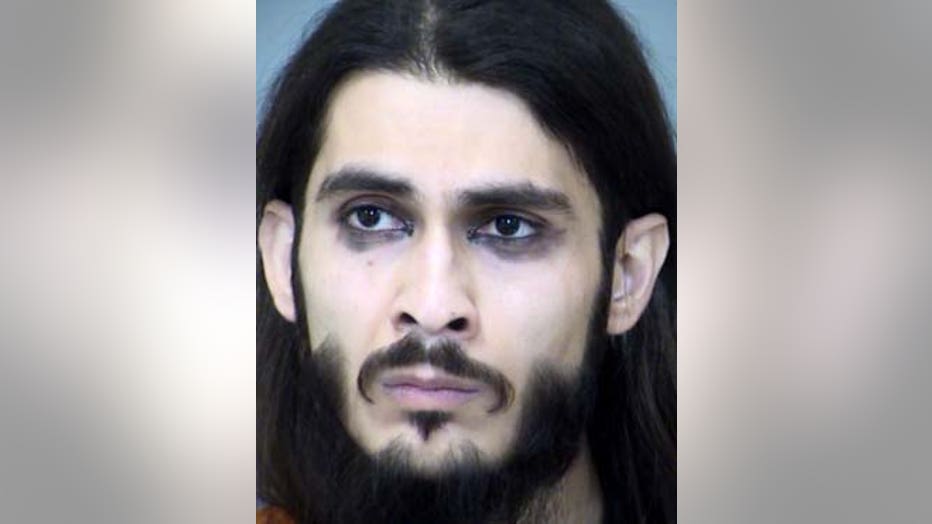