Missing Tempe mother’s husband arrested after police say he admitted to killing her, dumping her body

TEMPE, Ariz. - The husband of a woman missing since mid-November 2021 out of Tempe has been arrested and is facing charges relating to her apparent death.

Eugene Zamora was arrested on Friday, Feb. 5. It comes nearly three months after he first reported her missing.

The incident happened on November 10, 2021 when a verbal argument led to a physical altercation in which he says he killed his wife Claudia Moreno. On Nov. 13, he reported her missing, police say.

"… he pushed the victim, causing her to fall backwards into the master bathroom and hit the back of her head on ledge of the bathtub, causing a laceration. Eugene checked on the victim and found that she had no pulse and was not breathing. He then placed the victim in a plastic tub, which was described as a black bin with a yellow lid and hid her in the master bathroom closet," read a police report.

Following an investigation, authorities say they were led to an area fourteen miles south of Aguila, in Maricopa County, where Zamora eventually admitted to dumping her body. He's accused of multiple charges, including manslaughter and tampering with evidence.

Moreno was 39-year-old when she went missing.

"At this time, further investigation is being conducted to find the victim's remains," the police report read, in part. During a search warrant executed on Eugene's, apartment, storage unit and vehicle he admitted to transporting her remains … Multiple K9's trained to detect the scent of human remains alerted in the rear compartment of the vehicle, inside the storage unit and in the master bathroom and master closet of the apartment."

"At this time, investigators are awaiting analysis and confirmation if the remains located are in fact those of Claudia Moreno. This portion of the investigation is ongoing," police said. 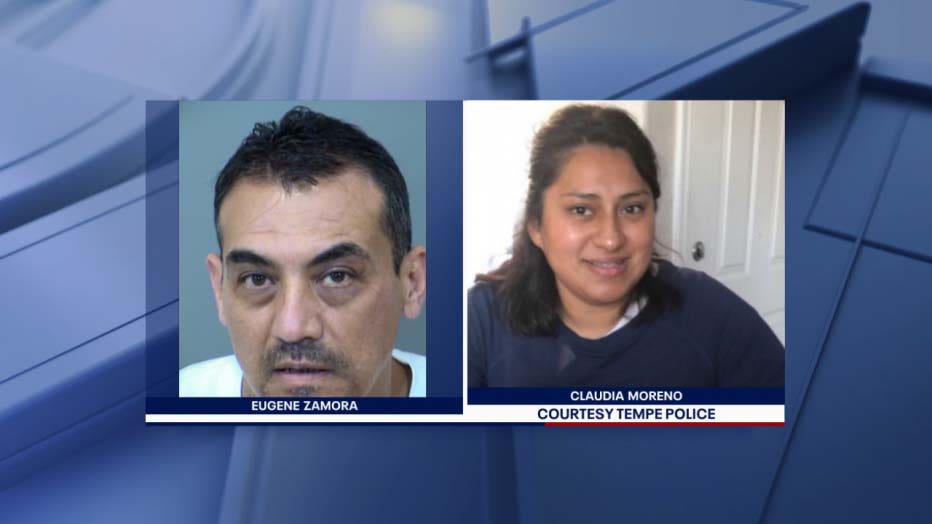