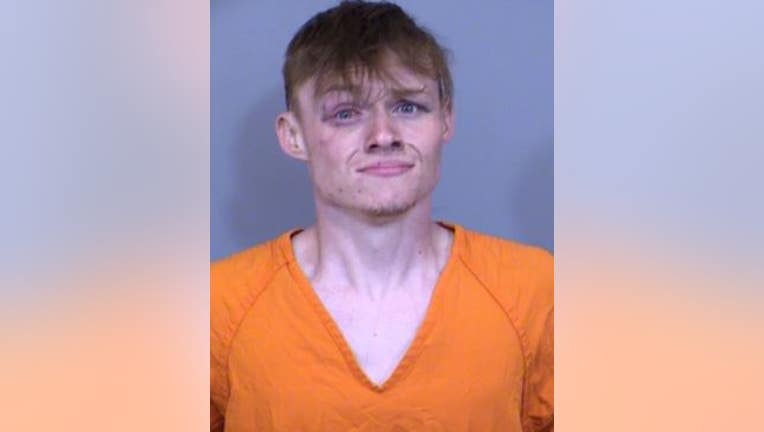 PHOENIX - A 21-year-old man has been arrested after running naked on Interstate 10 in Phoenix, according to authorities.

It was unclear if Kramer had a lawyer yet who could speak on his behalf.

DPS officials said Kramer had recently been released from jail and admitted to recent drug use.

They said two big rigs collided on the I-10 on Wednesday morning and a man jumped from the moving semi, ran down the shoulder while taking his clothes off and then walked out into traffic before being arrested.

Authorities said Kramer told a DPS trooper he had hitched a ride on the semi, unbeknownst to the driver.