A police standoff took place Tuesday in Northwest D.C. near Georgia Avenue and Kennedy Street. A man stood on a rooftop, fired shots, and exposed himself, before climbing across electric wires.

WASHINGTON - Authorities said a man is in custody after firing shots, exposing himself and climbing wires and rooftops in a northwest D.C. neighborhood Wednesday in a standoff that lasted into the early morning hours.

Police said the man was experiencing a mental health crisis when he climbed across power lines from one side of the street to the other. He sat along tree branches and when police weren't able to get him down, they inflated what appeared to be a giant moon bounce on the street below.

According to the Metropolitan Police Department, the incident started around 3:39 p.m. Wednesday when officers received a call for a man with a gun at the intersection of Georgia Avenue and Kennedy Street.

Once officers arrived at the scene, they noticed a man matching the suspect description start to run from them down Georgia Avenue. Police said he then crossed the street and ran into the back alley of a house in 1200 block of Jefferson Street.

Man in custody after firing shots, exposing himself and climbing wires in northwest DC

Authorities say a man is in custody after firing shots, exposing himself and climbing wires and rooftops in a northwest D.C. neighborhood Wednesday in a standoff that lasted into the early morning hours.

As officers chased the man into the alleyway, police said, the man turned and fired a gun towards the officers.

Police said the man then ran through the backyard of a house, dropped a black bag he was holding, and broke into the house. After the shooting, the bag dropped by the man was recovered and police confirmed it contained four bags of marijuana, a digital scale, and a box of sandwich bags.

Officers then observed the man break through the skylight of the home and climb onto the roof of the house.

A barricade was declared as authorities closed off several streets in the Brightwood Park neighborhood. A large police presence gathered near Georgia Avenue and Kennedy Street as officers attempted to apprehend the man. 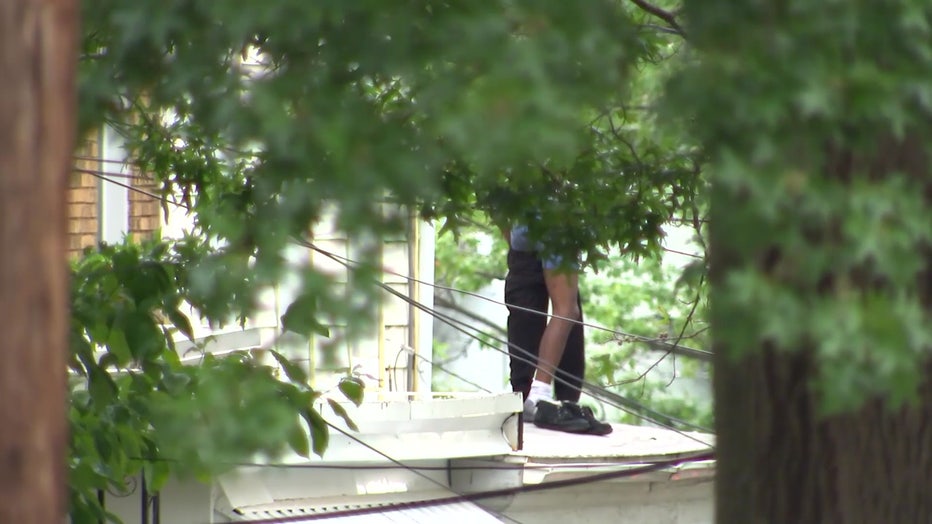 According to police, the man walked back and forth across the 11 rowhomes along the 1200 block of Jefferson Streeet, damaging windows, guttering systems, and TV Satellite dishes.

FOX 5 spoke to a woman who said the man broke into her home on Jefferson Street.

A naked man took to a rooftop Wednesday afternoon in Northwest D.C. and police say he began firing shots while exposing himself.

The woman, who asked not to be identified, said she was at work when she got a call from her neighbor.

"He randomly picked my house to enter," she said. "He broke in my door, and he came in. [He] came upstairs, broke the window, and accessed my porch. He’s been jumping on my next-door neighbors' [porches] on both sides, back and forth, just creating havoc."

By 5 p.m., authorities notified the public that they had recovered the gun from the scene and that there was no longer an active threat. The man, who was in various states of undress, later put on his clothes.

Police released the following picture of the gun that was recovered: 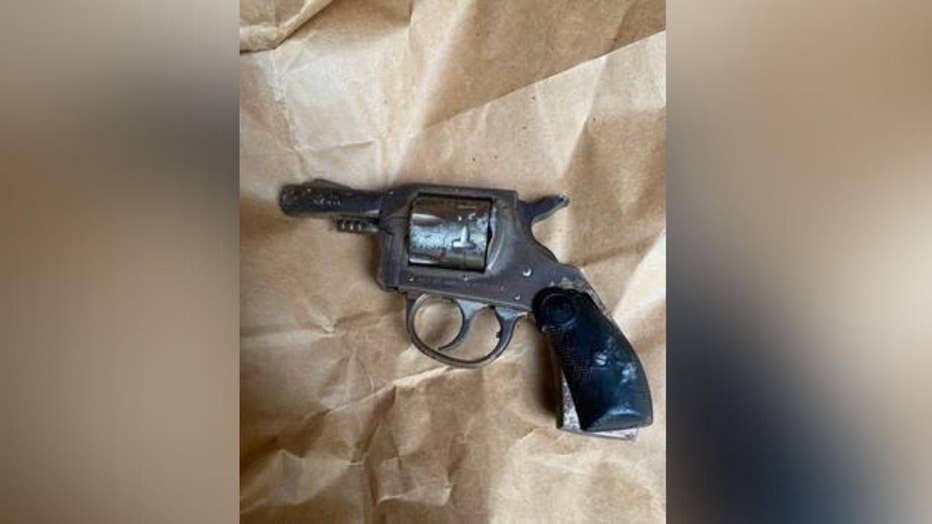 Officials said the situation ended peacefully around 1 a.m. Thursday when officers were able to take the man into custody. He was taken to the hospital as a precaution. No injuries were reported.

Police identified the man as Deandre Bigesby, 39, of Northwest, D.C.

He is charged with assault on a police officer while armed, unlawful possession of a firearm, and burglary two.