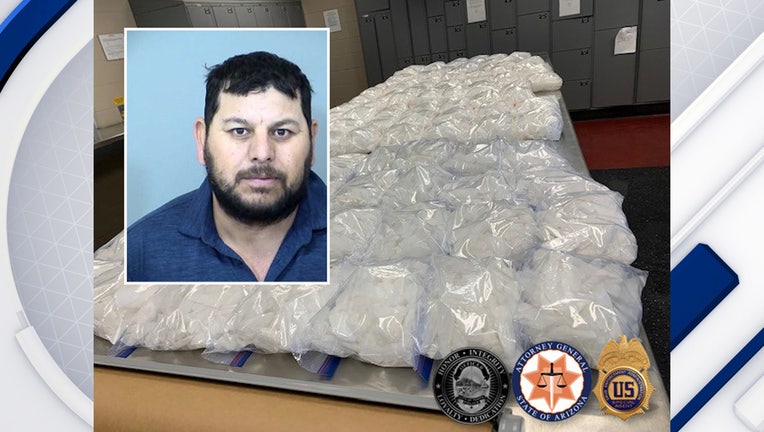 Jose Eleno-Arellanes was indicted after Arizona authorities seized 222 pounds of meth during a traffic stop.

PHOENIX - A man was indicted after authorities seized over 200 pounds of methamphetamine during a traffic stop in Arizona.

According to Arizona Attorney General Mark Brnovich's Office, Jose Eleno-Arellanes was transporting large quantities of meth as part of a drug trafficking operation. During a traffic stop on Feb. 6, police seized 222 pounds of methamphetamine that is estimated to be valued at $330,000.

Eleno-Arellanes was indicted on one count of conspiracy, illegally conducting an enterprise and the sale or transportation for sale of a dangerous drug in connection.

The investigation into the drug trafficking operation was conducted by the Phoenix Office of the Drug Enforcement Administration, Tempe and Goodyear Police, and the Arizona Attorney General's Office.