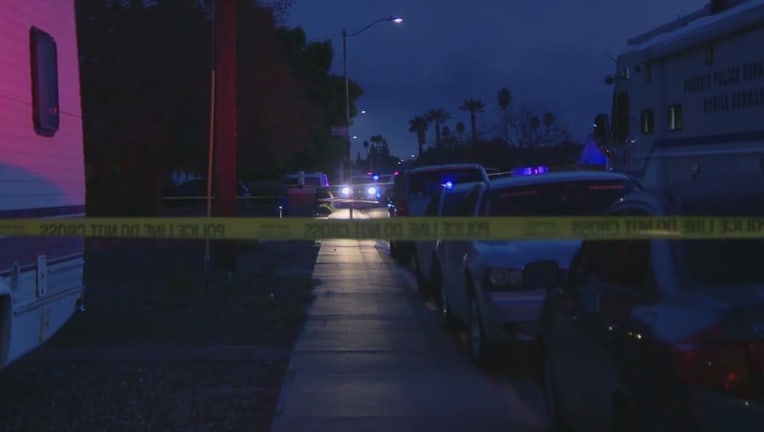 PHOENIX - Police say no suspects are in custody after a man died after being shot Wednesday at a home in north Phoenix.

According to Sgt. Philip Krynsky with Phoenix Police, officers responded to reports of a burglary at a home near 19th Avenue and Thunderbird Road at about 3 p.m. on Feb. 23.

Once at the scene, officers learned 34-year-old Sergio Chalpeno had been shot inside the house.

Police went inside the home and carried out Chalpeno. He was taken to a hospital where he was pronounced dead.

"There are no suspects and no suspect description to release currently," Sgt. Krynsky said.