Arrest made in deadly Tempe hit-and-run

Hector Duarte, 19, was arrested after a man crossing a Tempe street was killed in a hit-and-run crash.

TEMPE, Ariz. - Officials with the Tempe Police Department have announced an arrest in connection with hut and run crash that killed a pedestrian during the early morning hours of Feb. 19.

According to a statement, the crash happened near McClintock and Hermosa drives Police were called out to the scene at around 4:41 a.m. that day, and a subsequent investigation revealed that the victim, identified as 23-year-old Cole Descheny, was crossing McClintock in the area when he was struck by a Chevrolet Camaro that was heading north.

The driver, identified by police as 19-year-old Hector Duarte, fled the scene, according to officials. Descheny was taken to a hospital, where he was pronounced dead.

Duarte, according to officials, was arrested on Feb. 22. He is accused of leaving the scene of a collision causing death, and tampering with evidence.

"At the time of Duarte's arrest, investigation revealed the vehicle had been relocated and was in the process of being repaired," read a portion of the statement. 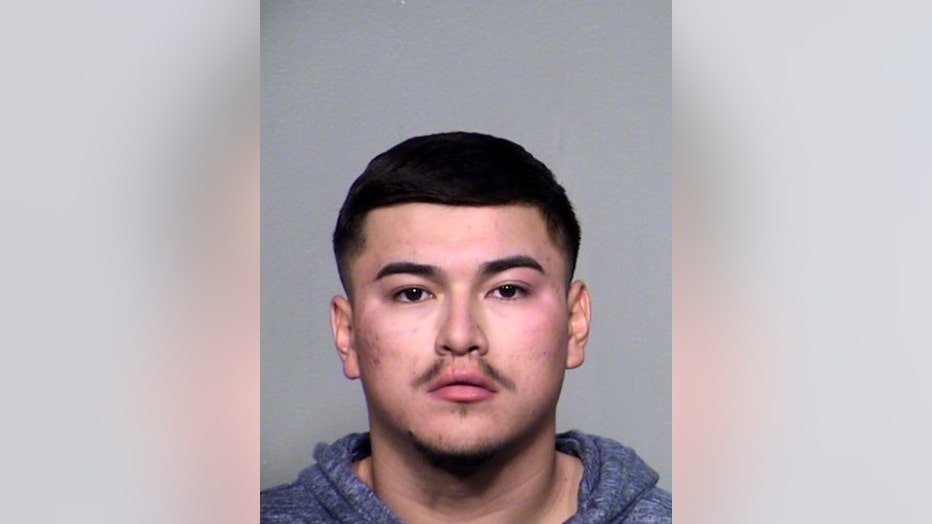