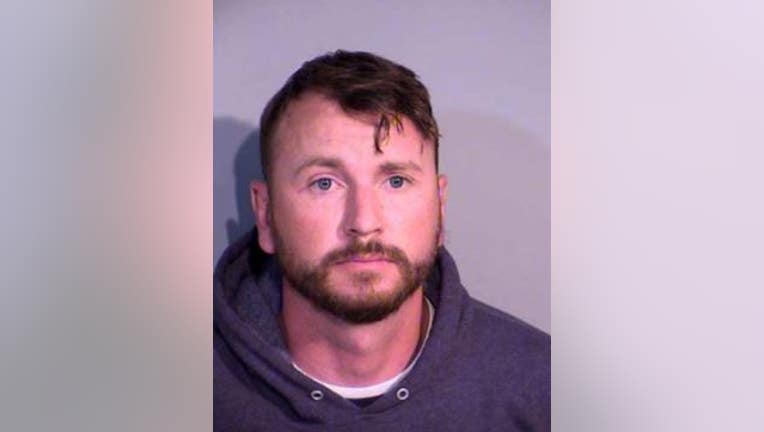 MESA, Ariz. - An arrest was made in connection to a Mesa shooting where police say a man was shot 10 times after reportedly insulting his ex-wife's boyfriend's driving on Jan. 25.

Mesa Police say around 4:15 p.m., officers responded to a shooting call near Southern Avenue and Greenfield Road. There they found an unidentified man, 36, who was shot several times.

"This man told officers that his ex-wife’s boyfriend had shot him because he made a comment about his driving," police say.

Witnesses told police that the suspect, Nicholas McSorley, shot the victim multiple times after a fight between him and his ex-wife. McSorley stayed on scene and was arrested.

The victim had 10 bullet wounds and is stable at the hospital.

McSorley was booked into jail on suspicion of one count of aggravated assault with a deadly weapon.