PHOENIX - Phoenix Police officials say they have arrested a man in connection with the death of a 27-year-old woman in Phoenix.

According to a statement released on Dec. 20, police say 20-year-old William Zovieh Washington Calvin was arrested in connection with a domestic incident that ended with the shooting death of 27-year-old Delores Smith.

The incident, according to police, happened just before 10:00 a.m. on Dec. 19. Officers were called to a home in the area of 35th Avenue and Roeser Road for a report of an injured child, and when they arrived at the scene, they found the child, who was in the care of Calvin. The child told officers where his mother was, and when officers went to the home, they found Smith dead inside the home with gunshot wounds. 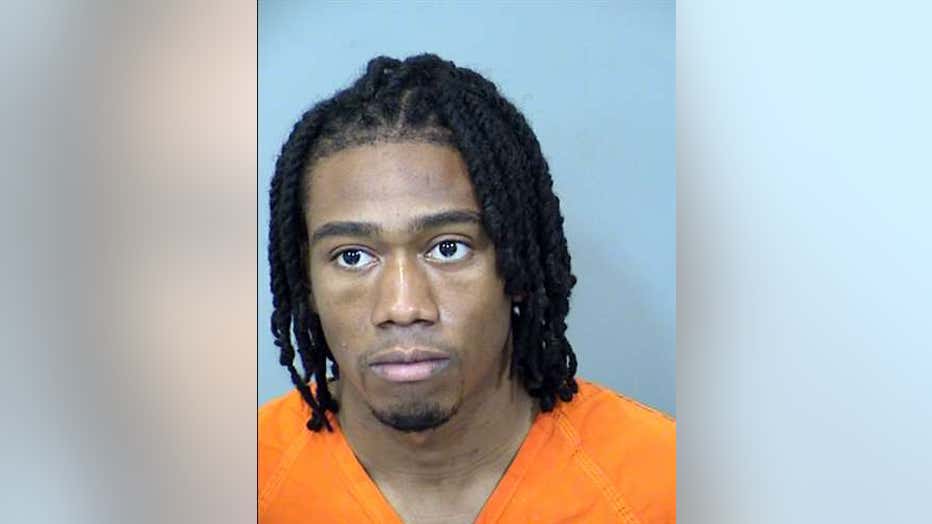 According to court documents, Calvin, after he was read his Miranda rights, told officers in an interview that he had sexual contact with the six-year-old, and during the sexual contact, Smith confronted Calvin, and Calvin shot Smith multiple times. Calvin also said he used a large knife to cut the 6-year-old's neck, and then take the child to another location where officers were called.

Police officials say Williams, who was in a romantic relationship with Smith, was booked into the Maricopa County Jail. Court documents show Williams is accused of first-degree murder, sexual conduct with a minor, child abuse, kidnappings, and weapons possession-related offenses.

"There are not believed to be any outstanding suspects in this case," read a portion of the statement released by Phoenix Police officials.

According to court documents, a $2.5 million secured appearance bond has been set for Calvin.