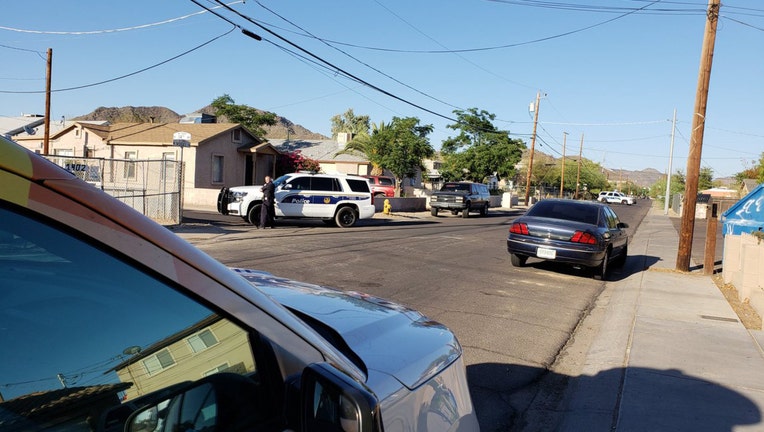 PHOENIX (KSAZ) - Phoenix police officers are at the scene of a shooting Wednesday night.

According to Sgt. Tommy Thompson, officers responded to a shooting call at the 9600 block of N. 14th Avenue at around 5:00 p.m., and once officers arrived, they found a male who was shot. That man was taken to a local hospital in critical condition.

The suspect, according to Sgt. Thompson, is believed to have fled the scene. Anyone with information should contact Phoenix police.