What is the Marburg virus?

On Aug. 6, the Ministry of Health in Guinea notified the World Health Organization of its first-ever confirmed case of the deadly Marburg virus, according to a WHO news release.

The infected person lived in a village in Guéckédou Prefecture, Nzérékoré Region, south-western Guinea. The location of the village is near both the Sierra Leone and Liberian borders.

This is the first known case of the Marburg disease virus in Guinea and in West Africa, the WHO said.

The Marburg virus, also commonly known as the Marburg hemorrhagic fever (Marburg HF), is a rare disease that can infect both humans and non-human primates, according to the U.S. Centers for Disease Control and Prevention. 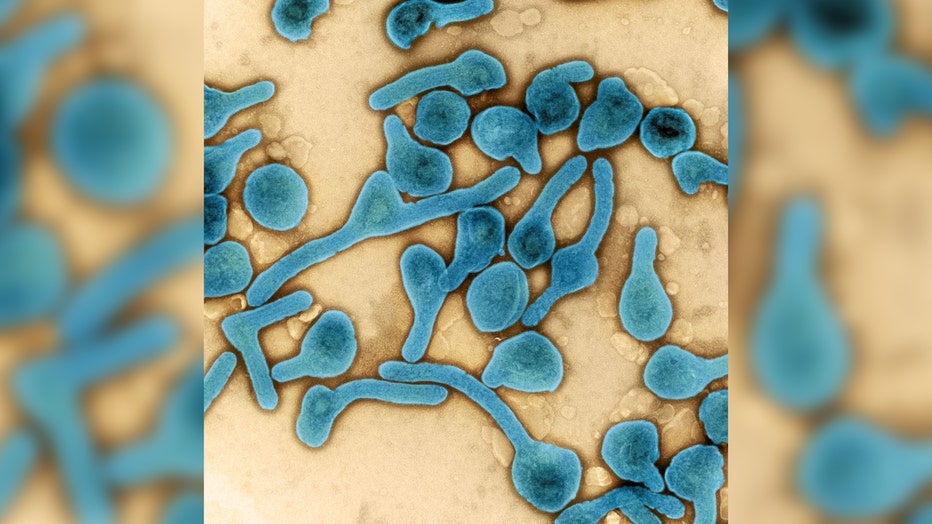 The first people infected in 1967 had been exposed to imported African green monkeys or their tissues while conducting research.

The Marburg virus belongs to the same family as Ebola, and previous outbreaks have erupted elsewhere across Africa in Angola, Congo, Kenya, South Africa and Uganda.

Marburg can spread through direct contact with body fluids from an infected person or contact with equipment and other objects contaminated with infectious blood or tissues, the CDC said.

The incubation period for Marburg is between 5-10 days. The infected will feel a sudden onset of symptoms such as fever, chills, headache and myalgia.

As the disease progresses, symptoms will become more severe. The infected will develop a maculopapular rash around the fifth day of the incubation period. The rash is "most prominent on the trunk (chest, back, stomach)," the CDC said.

"The case-fatality rate for Marburg hemorrhagic fever is between 23-90%," according to the CDC.

There is no approved drug or vaccine for Marburg, but rehydration and other supportive care can improve a patient’s chances of survival.

The patient in Guinea reportedly felt an onset of symptoms beginning on July 25 and on Aug. 1, he went to a small health facility near his village after experiencing fever, headache, fatigue, abdominal pain and gingival hemorrhage, according to the WHO.

He was tested for malaria, which came back negative, and medical staff gave him parenteral antibiotics to manage his symptoms and he was sent back home.

An alert was sent out by the public health care facility and WHO experts were deployed to conduct an investigation.

WHO members conducted tests and were able to gather samples that tested positive for Marburg.

The Ministry of Health, WHO, CDC, ALIMA, Red Cross, UNICEF, The International Organization for Migration and others are working together to prevent any further spread of the disease, according to WHO.

"The potential for the Marburg virus to spread far and wide means we need to stop it in its tracks," said Dr. Matshidiso Moeti, WHO’s regional director for Africa. "We are working with the health authorities to implement a swift response that builds on Guinea’s past experience and expertise in managing Ebola, which is transmitted in a similar way."

"Contact tracing is ongoing, along with active case searching in health facilities and at the community level. Three family members and a healthcare worker were identified as high-risk close contacts and their health is being monitored," the news release read.

News of this first-ever case of Marburg comes just over a month after an Ebola outbreak in Guinea, which was contained on June 19, according to WHO.

The same team that was charged with containing the Ebola outbreak has now been repurposed to support the government’s response to the outbreak of Marburg, the WHO said.

There has only been one reported case of Marburg disease in the U.S. In 2008, a tourist visiting the "python cave" in Maramagambo Forest, Queen Elizabeth Park, western Uganda likely came in contact with the droppings of the fruit bats, which are capable of harboring the Marburg virus, according to the CDC.

The patient was hospitalized, treated and discharged fully recovered.

"The Ugandan Ministry of Health officially closed the cave to visitors in August 2008" after a second case of Marburg was reported. A Dutch traveler visiting the same caves that same year was diagnosed with the disease and died, according to the CDC.