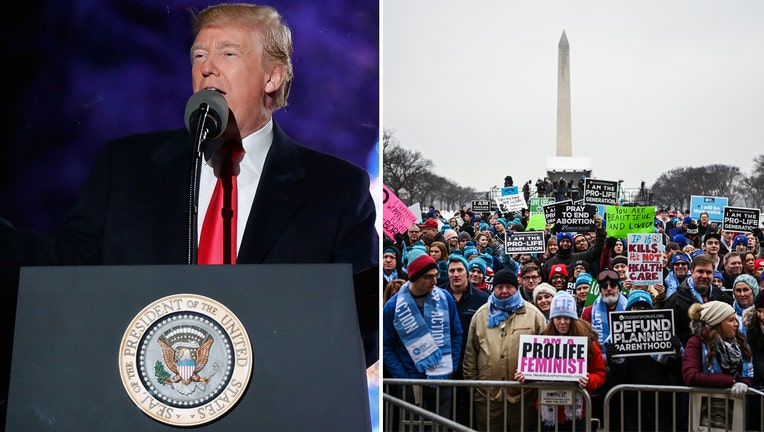 WASHINGTON (FOX 5 DC) - President Donald Trump called it his “profound honor" on Friday to be the first president to attend the annual anti-abortion gathering in Washington called the March for Life.

The president told the crowd the Democrats were embracing “radical and extreme positions" on abortion and praised those attending the event, saying “unborn children have never had a stronger defender in the White House."

The 47th annual March for Life will be held in the District on Friday and President Donald Trump is scheduled to become the first sitting president to make remarks at the event.

“Every life brings love into this world. Every child brings joy to a family. Every person is worth protecting," Trump said, prompting loud cheers from the many thousands attending the march.

Critics, for their part, accused Trump of using the march to try to distract from his impeachment trial in the Senate.

During an interview on NBC’s “Meet the Press” in 1999, Trump described himself as “very pro-choice,” but during his 2016 campaign, Trump said his views had changed and that he was now opposed to abortion, but for three exceptions: In the case of rape, incest and when the life of the mother is at risk.

Last year, Trump joined the event via video satellite from the White House Rose Garden. The first march took place on the west steps of the Capitol in January 1974, the year after the Supreme Court decided Roe v. Wade, the landmark ruling that established a woman's legal right to abortion.

RELATED: Trump to become first president to speak at the March for Life 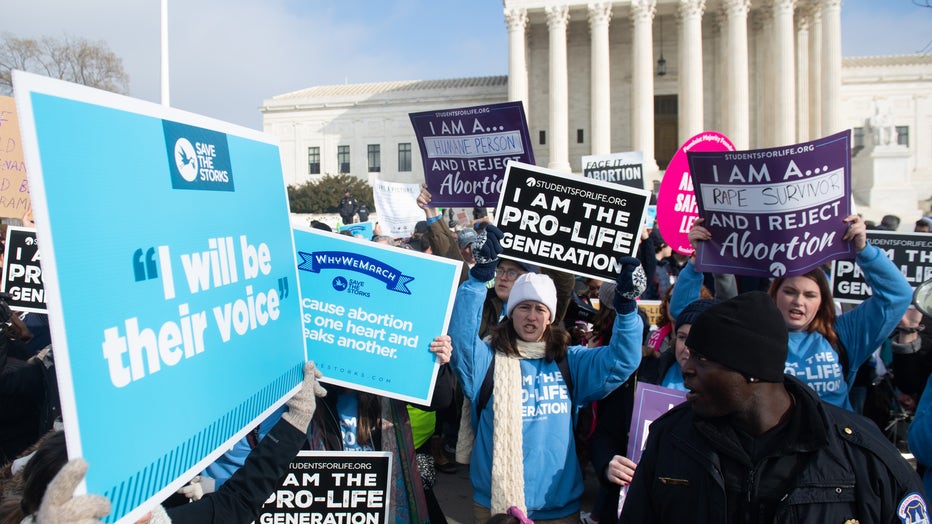 Anti-abortion activists participate in the "March for Life," an annual event to mark the anniversary of the 1973 Supreme Court case Roe v. Wade, which legalized abortion in the US, outside the US Supreme Court in Washington, DC, January 18, 2019. (Ph

Past presidents who opposed abortion, including Ronald Reagan and George W. Bush, steered clear of personally attending the march to avoid being too closely associated with demonstrators eager to outlaw the procedure. They sent remarks for others to deliver, spoke via telephone hookup or invited organizers to visit the White House.

According to Pew Research Center polling in 2019, roughly 6 in 10 Americans said abortion should be legal in all or most cases. Over time, though, both the Republican and Democratic parties have taken harder-line positions for and against abortion rights.

RELATED: 47th annual 'March for Life' rally to be held Friday in DC

DC preparing for the annual March for Life

Thousands of pro-life activists are expected to march to the Capital as part of the “March for Life” rally happening on Friday. For the first time, a sitting president will be in attendance for the annual event.

The following are the street closures related to the rally released by the Metropolitan Police Department:

The following streets will be closed from 10 a.m. to approximately 3 p.m.:

The following streets will be closed from 12 p.m. to approximately 3 p.m.:

Dc police said drivers should expect parking restrictions in the area where the rally is taking place and that motorists should be prepared for traffic.