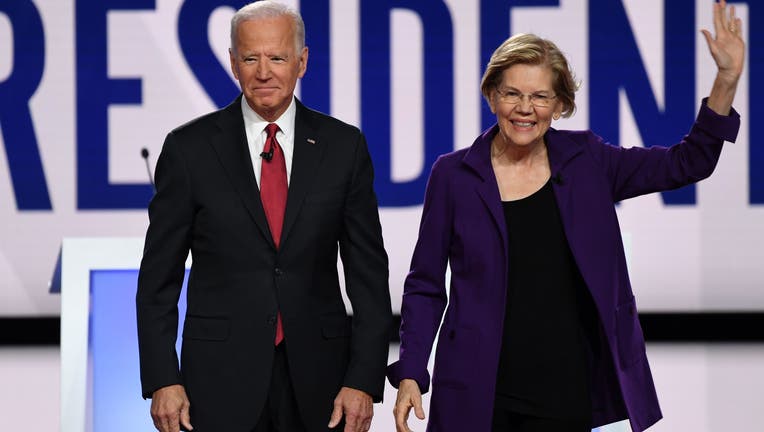 The mayor of Pocahontas, Iowa is not backing who you might think.

Dick Gruber, mayor of the northwest city in Iowa, announced this week that he is backing former Vice President Joe Biden for the 2020 election, rather than Biden's closest rival Sen. Elizabeth Warren.

The endorsement was reported by The Washington Examiner and was announced in an email to reporters from the Biden campaign.

“Iowans know that Joe Biden is the strongest candidate to beat Donald Trump next November, and that’s why leaders from across the state are coming forward to proudly show their support,” the campaign said in a statement.

The nod is likely to raise some eyebrows from Trump supporters, who have delighted in President Trump’s frequent mocking of Warren as “Pocahontas” in reference to her past claims to have Native American ancestry.

Warren apologized to Native groups this year after she touted a DNA test that her campaign said backed her claims to have Native American heritage.

"Like anyone who has been honest with themselves, I know I have made mistakes," Warren said. "I am sorry for the harm I have caused."

But it’s an issue that has continued to dog her, particularly as Trump has repeatedly used the “Pocahontas” moniker for years -- even though his opponents have alleged that it is a racist slur.

“Who? Pocahontas?” Trump said when asked about Warren in 2016. When told by reporters that the term was “very offensive,” he responded: “Oh I’m sorry about that,” before immediately saying it again.

In August this year, he said his only regret was that he may have attacked her too early, and said that more attacks could be coming down the pipeline..

“Like, Elizabeth Warren -- I did the Pocahontas thing,” Trump told supporters. “I hit her really hard and it looked like she was down and out but that was too long ago, I should’ve waited. But don’t worry, we will revive it.”

Warren’s campaign, meanwhile, has a whole page on her website dedicated to Pocahontas after it says the owner of Pocahontas.com set up the website to redirect to her site.

“We do not know the owner’s identity – and we did not ask them to do this,” the campaign says, urging the owner to redirect to the National Indigenous Women’s Resource Center instead.