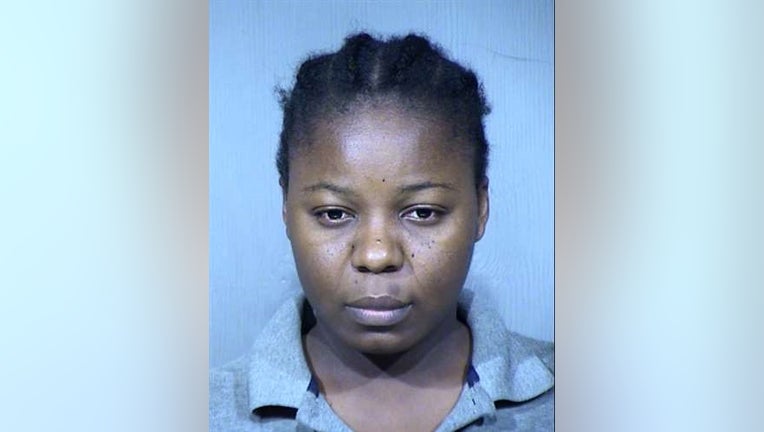 PHOENIX - Officials with the Maricopa County Sheriff's Office say a woman has been booked into the 4th Avenue Jail, following her arrest in connection with the abuse of a woman that was captured on video.

According to the statement, Gloria Biamushinga is accused of Vulnerable Adult Abuse. An investigation into the case began on April 11, when the victim's family members contacted MCSO to report on the abuse.

Investigators say video shared with MCSO show a Biamushinga, who was a caregiver, striking the female victim three times in the head. There was apparent physical evidence of bruising to the victim's eye.

Officials describe the female victim as an elderly woman, and video of the incident was shared with the care facility, who immediately suspended Biamushinga.