Grisham, who previously served as the White House press secretary before making way for current White House Press Secretary Kayleigh McEnany in April, was the first to submit her resignation Wednesday.

Grisham was one of Trump’s longest-serving aides, having joined the campaign in 2015. She never held a press briefing as White House press secretary.

Grisham said in a statement that it was an "honor" to serve the country in the White House and be part of the first lady’s "mission" to help children. She made no reference to the pro-Trump mob that stormed the U.S. Capitol Wednesday as Congress counted states’ electoral votes, damaging property and violently clashing with police. 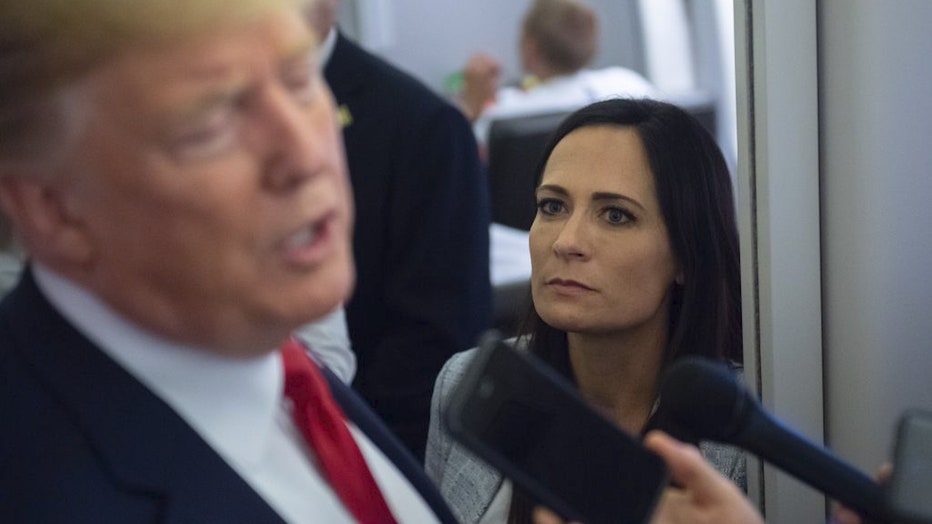 FILE - Former White House Press Secretary Stephanie Grisham listens as US President Donald Trump speaks to the media aboard Air Force One while flying between El Paso, Texas and Joint Base Andrews in Maryland, August 7, 2019.

Matthews said that the events that transpired in the Capitol "disturbed" her. She advocated for a peaceful transition of power.

Wednesday’s violent occupation of the U.S. Capitol by a mob of the president’s supporters sparked renewed conversations inside the White House about mass resignations by mid-level aides who are responsible for operations of the office of the president.

Two people familiar with the conversations said the aides were torn between fears of what more would happen if they left and a desire to register their disgust with their boss. They spoke to the Associated Press on condition of anonymity to discuss internal matters.