SCOTTSDALE, Ariz. - The latest installment of the Star Wars franchise hits theaters in just about a month, but members of a group in the Valley are training to be real-life Jedi knights.

Or at least, as close as they can be.

The group is called Syndicate Saber United, and people don't have to travel to a galaxy far, far away to see them. 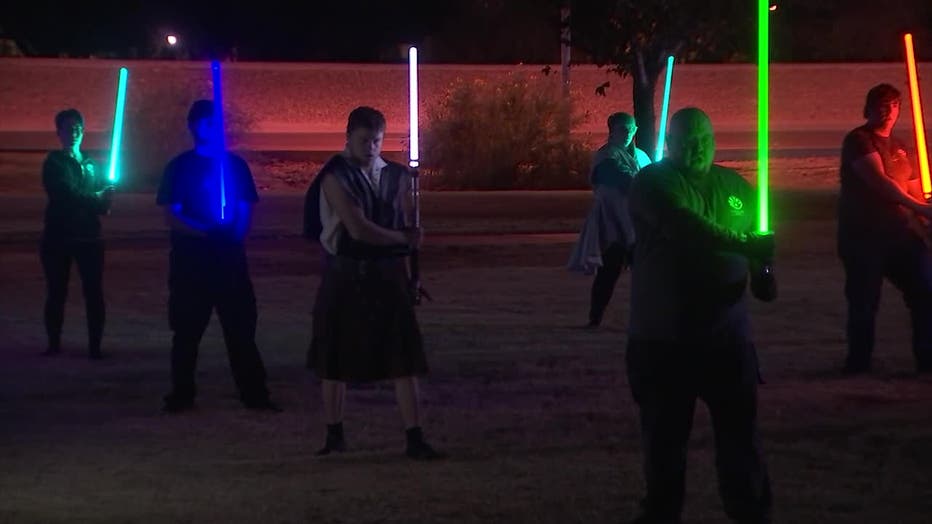 "One of the founders of the group he had this idea of putting together a bunch of nerds who liked Star Wars, and wanted to learn how to fight with lightsabers, and it developed further and further," said Stephanie Hintz.

It's not a Jedi mind trick. At Chapparal Park, there were dozens of lightsabers illuminating the night, and people didn't need to be a master of the force to use one.

"We always have people stopping and watching and wondering what is this what's going on," said Stephanie. "Some people actually turn into members. Some are just passers-by. I know one lady made a comment that she feels safe whenever we're in the park, just because she's walking alone with her dog. You have all those people with lightsabers they'd come to my rescue." 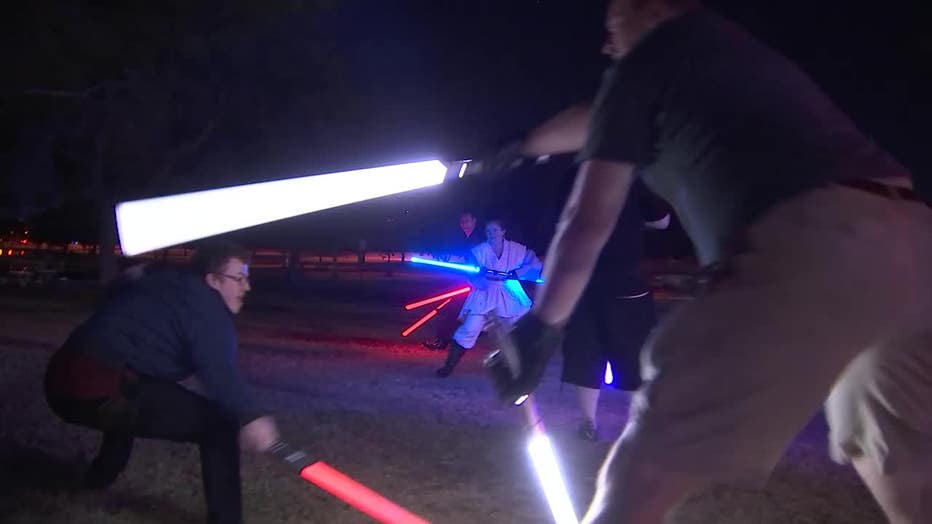 Stephanie has been with Syndicate Saber United since it began five years ago. Stephanie is a Star Wars fan, but the group is much more than an homage to the epic films.

"For me, it gives me a second family and a second home," said Stephanie. "At first when I joined, it was something to separate me from college life and work, and it became a second family. I even met my husband in this group."

The syndicate meets twice a week, usually at Eldorado Park. The weapon of choice -- the lightsaber -- isn't the typical toy store prop. 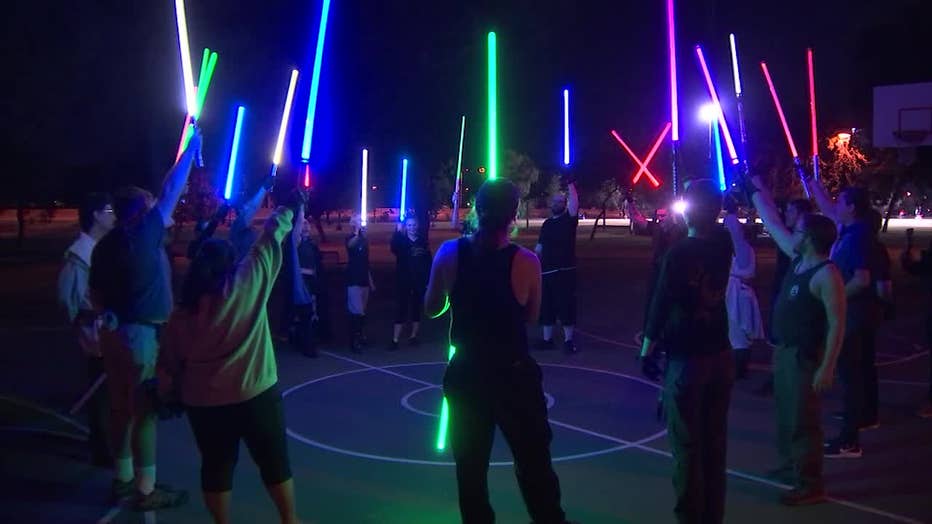 "It's full combat grade, it makes it fun for games, fighting with these guys," said Connor Hintz.

Illuminated with whatever color the owner chooses, the Collective practices everything from group demonstrations to various games using saber-wielding techniques.

"It's a demonstration of a lightsaber style," said Connor. "In Star Wars, there are seven styles of combat. We developed our own initiate style. For beginners, just getting into the group, that's the way we get people familiar with it."

What began as fun and games turned into full-on performance art. The Syndicate has done live demonstrations, including their biggest one to date at Phoenix's Fan Fusion 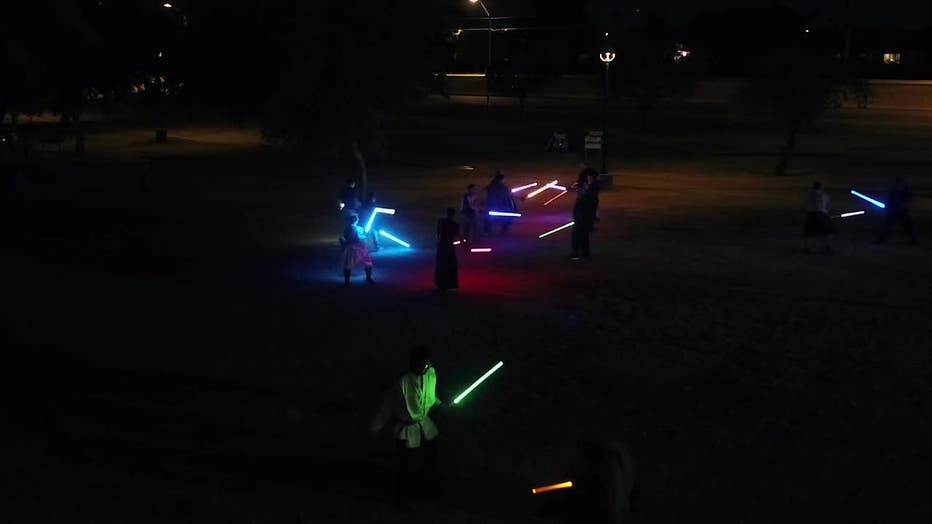 And in a shocker bigger than "Luke, I am your father", some of the characters in this story have a plot twist of their own.

"I actually don't like Star Wars all that much," said Sean Morrison.

Instead, it's the choreography that keeps some syndicate standbys, like Morrison and his friend, Sam Reese, coming back.

"I come here because it's good company, good swordplay. I've discovered I really like choreographed combat, staged combat. You look like you know what you're doing," said Morrison.

"I saw the choreographed combat, and that was the only thing I wanted to do, like, ever," said Reese.

More than anything, it's friendships, not the force, that are strong with this group.

"The camaraderie," said Connor. "This is the group we typically have show up. We have new faces as well, but it's a solid group that shows up consistently, that practice using lightsabers, sword fighting skills, and it's all in good fun, in celebration of Star Wars," said Connor.

"We have people of all different races, different sexualities, who come from multiple different backgrounds," said Stephanie. "We have people in high school, college, out of college. One of our oldest members, who we haven't seen in a while because she's traveling with her husband, shes in her 80's, and she can kick some of our butts."

Along with Comicons, the group has also been part of the Arizona Diamondbacks Star Wars Night, dueling in full costume on Chase Field.