Mesa Police officials have released the identity of a child who was killed following a crash involving a semi-trailer on Monday.

MESA, Ariz. - Mesa Police officials have released the identity of a child who was killed following a crash involving a semi-trailer on Monday.

The incident happened in the area of McKellips and Power Roads, and on Tuesday, officials identified the victim as 6-year-old Holden Gardner.

Investigators say they believe a semi-trailer was making a right turn onto the northbound lanes of Power Road when the back wheels struck Holden. 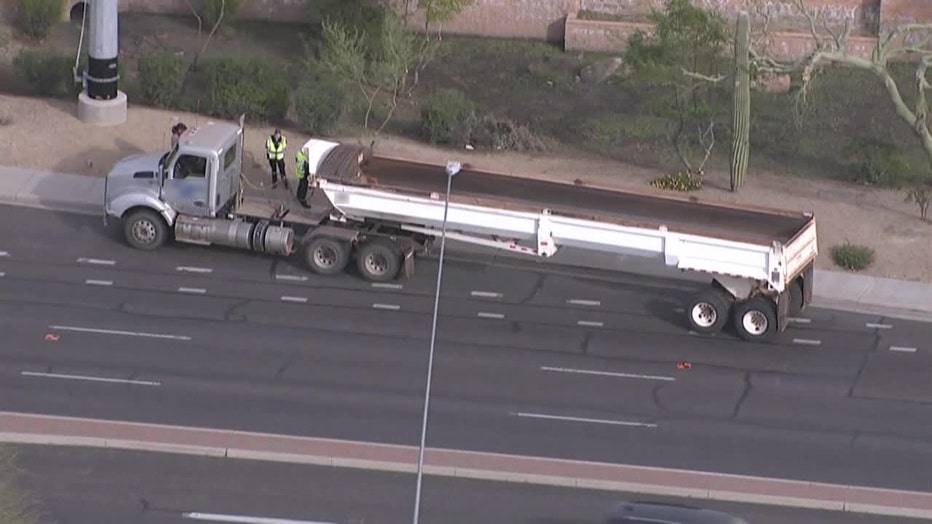 On Monday, officials with Mesa Public Schools confirmed that Holden was a student at one of the district's elementary schools.

"The district will be providing additional counseling support [on Tuesday] and for as long as needed by the school community," read a statement.

Fire officials said on Monday that the driver of the semi-trailer remained at the scene and cooperated with the investigation, which is ongoing.

Police say no citations or charges have been made at this time. The driver's name was not released.

Meanwhile, a memorial has been growing on the corner where Holden lost his life.

"I can’t imagine it, what the parents are going through," said Flor Gutierrez. She doesn't live near where the accident happened, but like many others, she felt compelled to place flowers and balloons at the site.

GoFundMe for the family