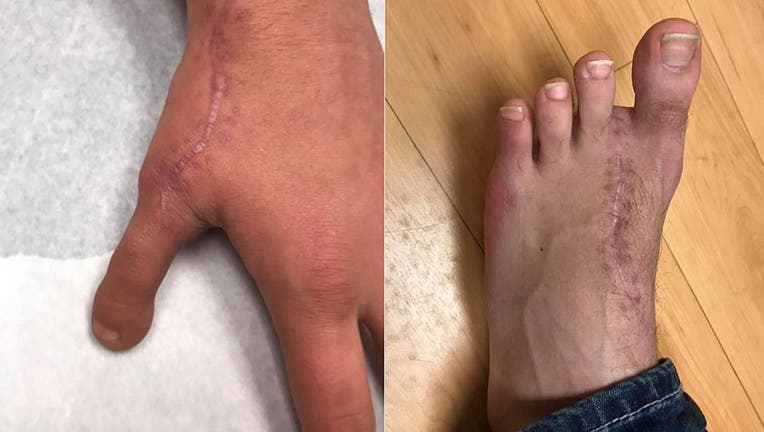 A Michigan man who lost a thumb in a woodworking accident found a replacement for the missing digit: his toe.

In April, Aiden Adkins was making a gift for his then-girlfriend when he noticed what he thought was a piece of wood fly across the room. But it was no wood piece, it was his left thumb.

“I realized that what I had seen fly was not anything to do with the piece of wood. It was actually my thumb,” he said, according to local news station WKRN.  “It didn’t hurt at all, not even a little bit."

Unfortunately, neither Adkins nor his family could find his missing extremity, meaning emergency room doctors were unable to reattach it. 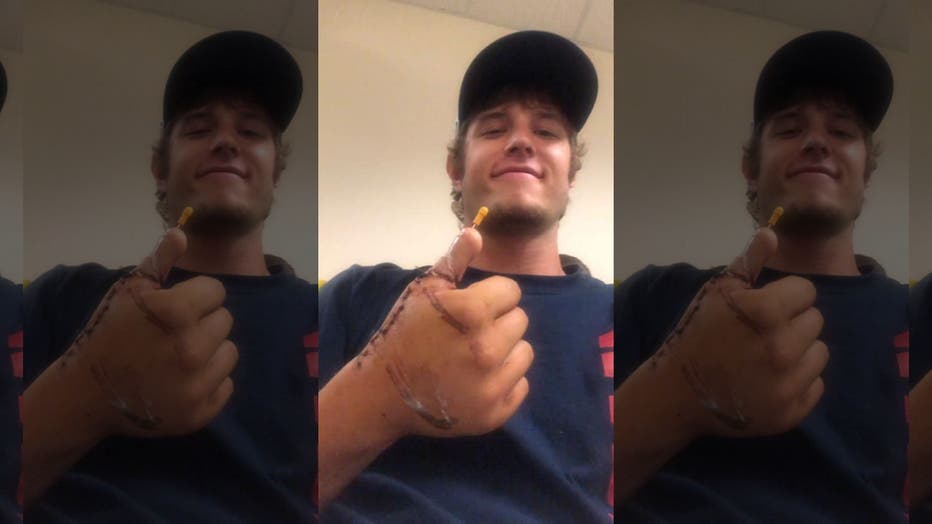 For months, Adkins lived without a thumb, which accounts for roughly 40 percent of a hand function. Eventually, however, Aikens — who enjoys target practice and working in taxidermy — decided he wanted to explore options for replacing his thumb.

In August, doctors at the University of Michigan hospital removed the index toe on Adkins' left foot and used it to reconstruct the thumb on his left hand.

After the successful surgery, he spent months in hand therapy to build strength in the extremity.

“His thumb does bend and straighten pretty well,” Kelly Nye, an occupational therapist at Mary Free Bed Rehabilitation Hospital’s Hand Therapy Program who worked with Adkins, said. “That’s the most motion I’ve ever seen out of a toe-to-thumb transfer.”