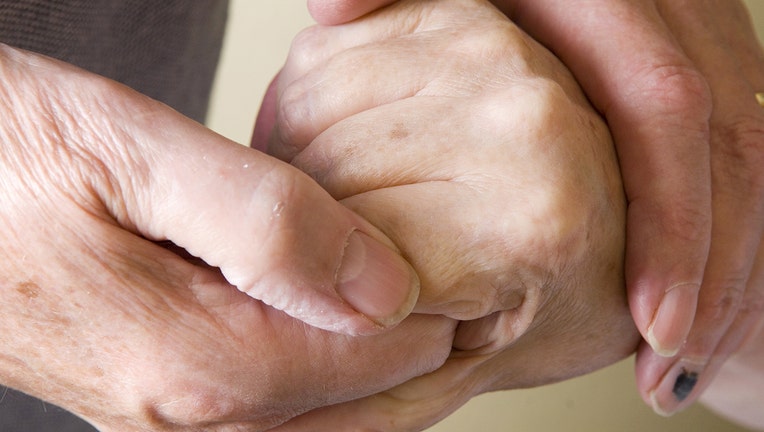 ST. PETER, Minn. - Bob and Corrine Johnson got married as teens in southern Minnesota’s farm country and lived together for 68 years.

They were to be laid to rest Tuesday — after dying 33 hours apart, KARE-TV reported.

They lived in their farm home near St. Peter until six months ago. After Bob was hospitalized with cancer, Corrine joined him there with congestive heart failure.

Days before she died on Nov. 24, Corinne kissed her husband and whispered, “I love you.”

MORE NEWS: Though they are thousands of miles apart, military family unites for Christmas card

“When mom passed, they pulled the curtain between the two beds, he just stared at the curtain,” said Beth Kinkeade, one of the couple’s seven children.

Tears welled in Bob’s eyes when he was told his wife had died.

Son Bruce Johnson, who’s a cancer doctor, said he had been thinking his father could hold out for weeks, but he didn’t.

“As soon as Mom died, he went downhill and died in a day. It’s hard to imagine it’s a coincidence,” he said.

“So it was only fitting that in the end he waited for mother to go first and then he passed away,” he said.