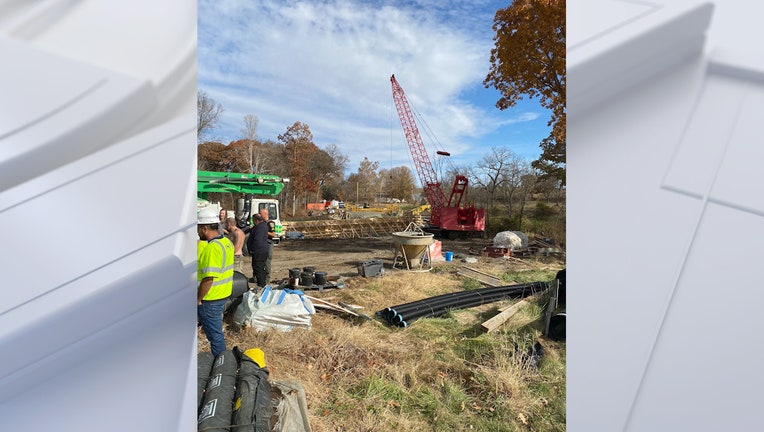 KEARNEY, Mo. (AP) - One construction worker died and two others were injured Wednesday when a bridge under construction in northwest Missouri collapsed, officials said.

Workers were pouring concrete for the deck of the bridge when it fell, Clay County officials said.

The bridge, which was replacing an older bridge, spanned Carroll Creek in a rural area near Kearney, about 27 miles (43.45 kilometers) northeast of Kansas City.

The other two workers sustained minor injuries and were able to free themselves from the rubble, Clay County Sheriff's spokeswoman Sarah Boyd said.

Further details about what caused the collapse were not immediately available.

County transportation officials said the bridge is one of five closed and two under construction in the county.