PHOENIX - We often hear about the healing powers of music, and the Phoenix Symphony is using their artistic ability to do just that.

As a part of the B-Sharp program, members perform for Alzheimer's and dementia patients in the Valley, in front of people who need music the most. Members with the program have revealed some amazing stories, including one time when they were playing "Amazing Grace," and one woman who had been unresponsive for a while started singing along with them.

"To me, this is something very, very meaningful," said Maggie Martinic, Associate Concert Master with the Phoenix Symphony. "I love performing on stage, but I am reaching out to people individually here and actually seeing how the music powerfully affects them." 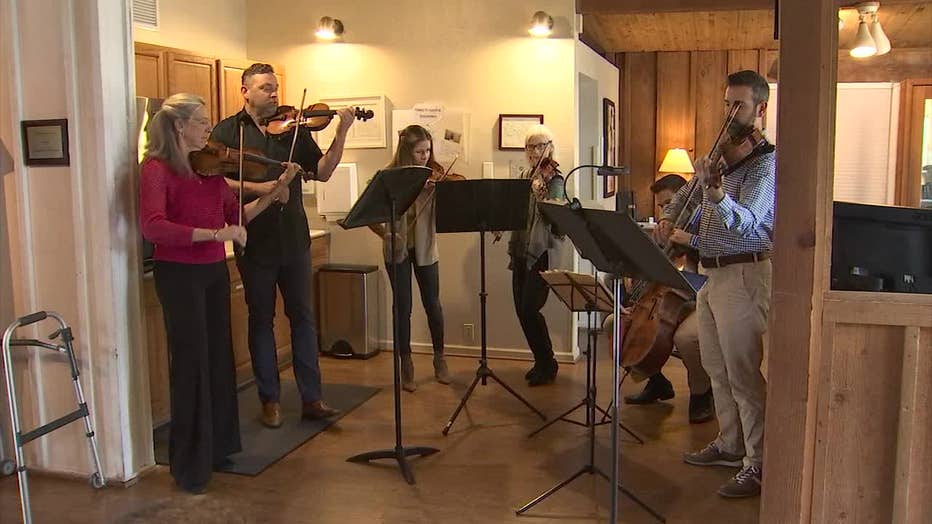 During one performance, patients at Hospice of the Valley's Gardiner Home Facility listened closely, and took in every note.

"All of a sudden they hear the music, and suddenly eyes open spontaneously and their eyes sparkle, then movement in the body and tapping," said Maribeth Gallagher, Director of the dementia program at Hospice of the Valley. "We didn't think the music was reaching them at all."

For many of these patients, expressing themselves has become a challenge, but doctors say the music is a form of medicine.

"We know that music transcends the boundaries of dementia, and reaches deeply into the heart and soul of a person with dementia," said Gallagher. "This is a neurochemical cascade that occurs more quickly than an IV push medication. Our heart rates, blood pressure." 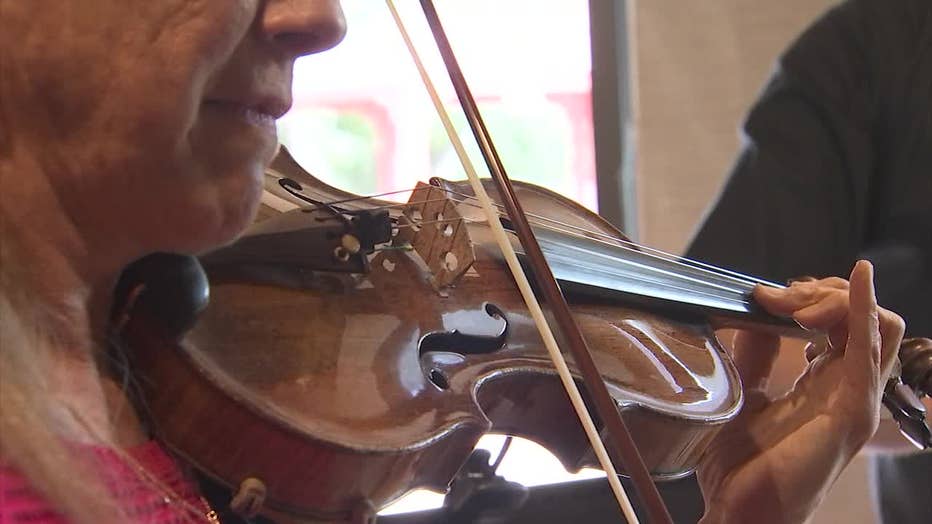 As the musicians see their audience tapping, smiling and clapping, they say it is exactly why they do what they do.

"It is a beautiful way to bring our talents to people in a meaningful way," said Martinic.

The B-Sharp program visits Hospice of the Valley once a month, but they also perform for Valley homeless shelters, as well as hospitals.