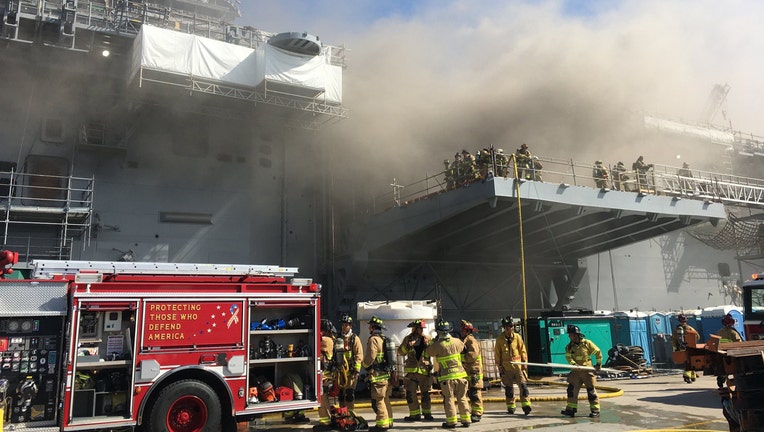 SAN DIEGO (AP) - The United States Navy said Monday that it will decommission a warship docked off San Diego after suspected arson this summer caused extensive damage, making it too expensive to restore.

The amphibious assault ship burned for more than four days in July and was the Navy's worst U.S. warship fire outside of combat in recent memory. The ship was left with extensive structural, electrical and mechanical damage. 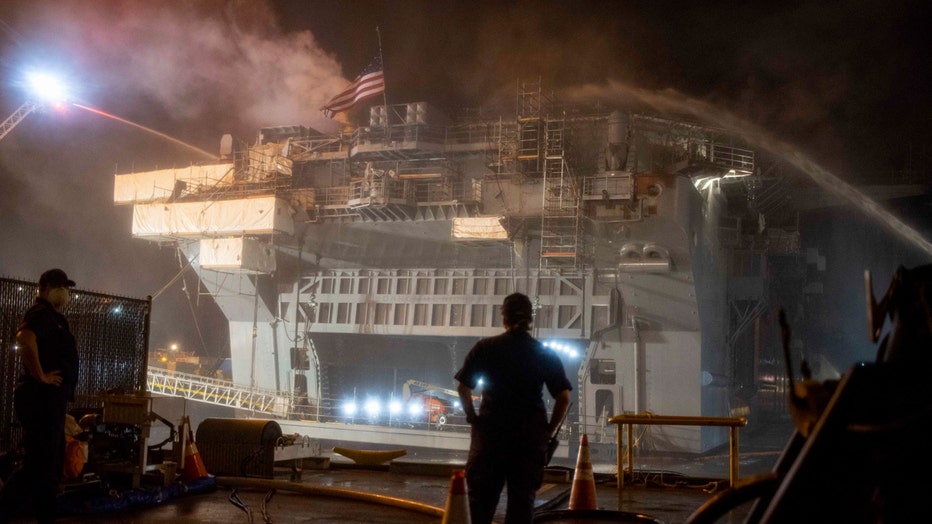 Restoring it for another use, perhaps as a hospital, would take almost as long as full restoration and cost $1 billion.

Decommissioning the ship will take nine months to a year and cost $30 million, Ver Hage said.

Navy officials and industry experts studied the cost and schedule with an eye toward "the art of the possible," Ver Hage told reporters. They decided it wasn't worth the money to restore, considering the impact it would have on other spending priorities.

"The dollars definitely would disrupt our strategy for investment," he said. 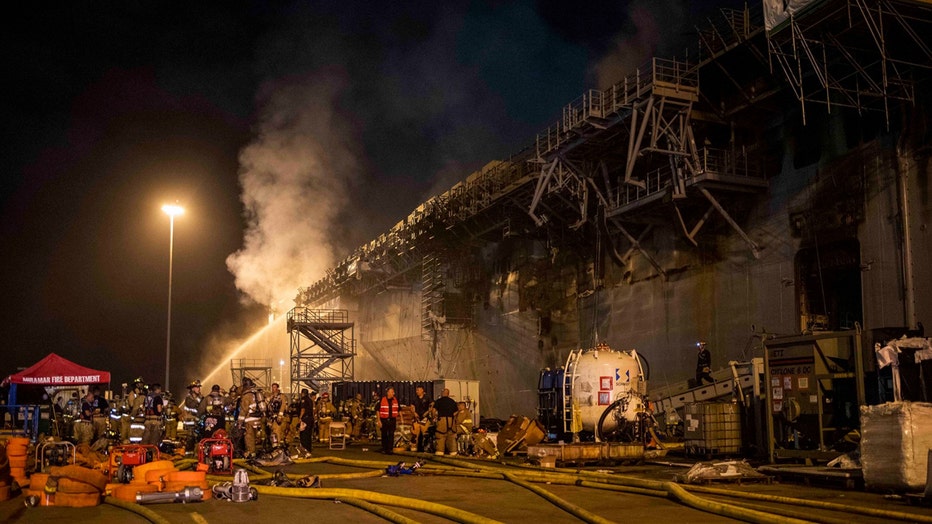 Arson is suspected as the cause of the July 12 fire, and a U.S. Navy sailor was questioned as a potential suspect, a senior defense official said in late August. 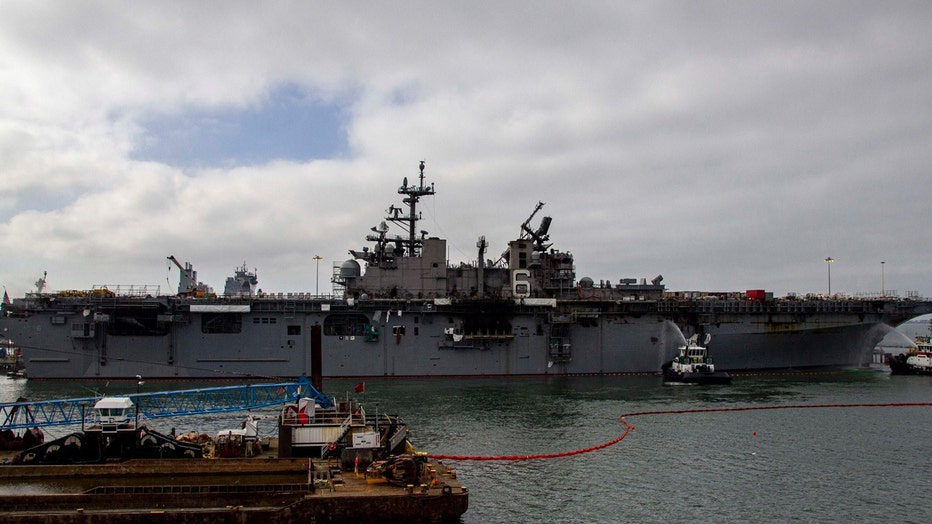 Ver Hage declined to comment Monday on the status of several investigations and he didn't give a timeline for their completion, saying they "will conclude when the time is right."

Ver Hage said about 60% of the ship would likely need to be replaced to have it fully restored, including the flight deck, mast and many levels directly below the flight deck.

The ship will likely be decommissioned in San Diego. Crew members will be notified of reassignment. 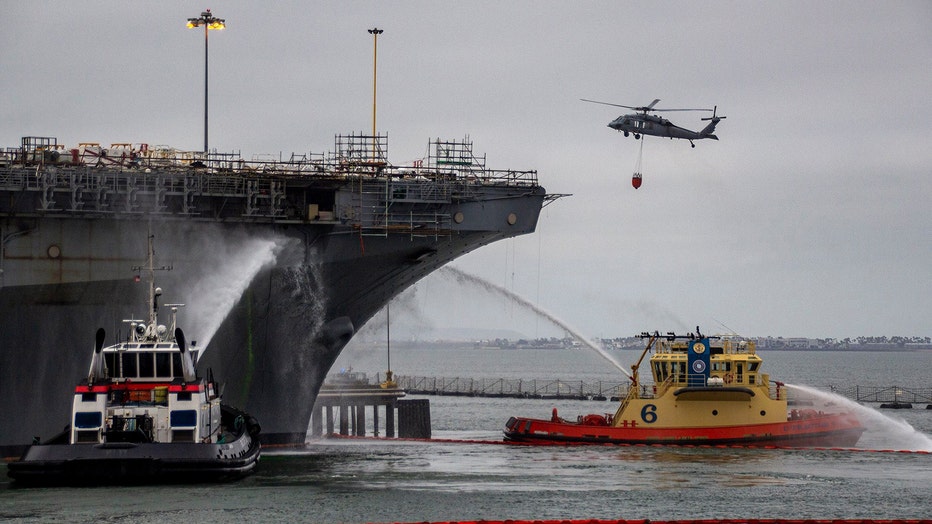 The Bonhomme Richard was nearing the end of a two-year upgrade estimated to cost $250 million when the fire started.

About 160 sailors and officers were on board when the flames sent up a huge plume of dark smoke from the 840-foot (256-meter) amphibious assault vessel, which had been docked at Naval Base San Diego while undergoing the upgrade.

Firefighters attacked the flames inside the ship while firefighting vessels with water cannons directed streams of seawater into the ship and helicopters made water drops.

More than 60 sailors and civilians were treated for minor injuries, heat exhaustion and smoke inhalation. 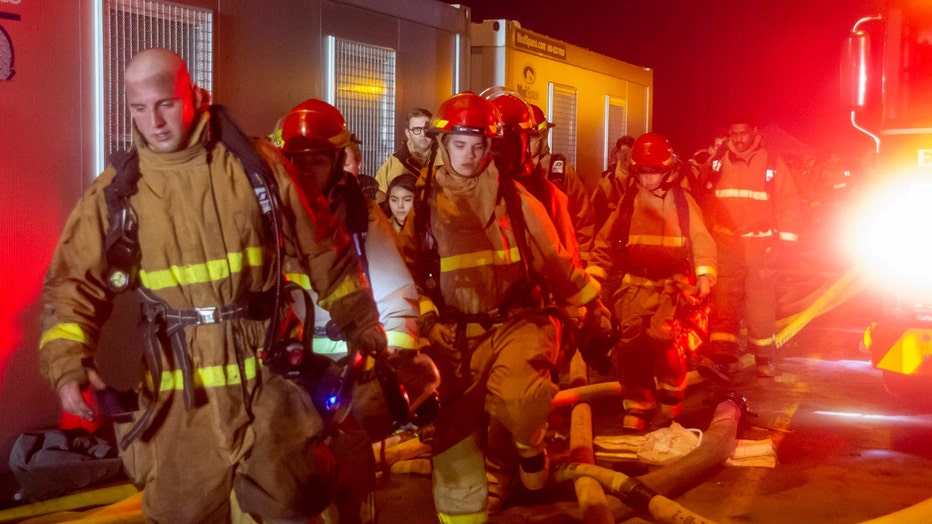