On Tuesday, the NBA suspended Suns team owner Robert Sarver for one year and fined him $10 million after the NBA’s investigation into claims of a toxic work environment found he "repeated the N-word when recounting the statements of others" at least five times and "engaged in instances of inequitable conduct toward female employees, made many sex-related comments in the workplace, made inappropriate comments about the physical appearance of female employees and other women, and on several occasions engaged in inappropriate physical conduct toward male employees."

Barnes said in an interview with SiriusXM Radio "there’s no place for hate" in the league.

"I think Robert Sarver was a perfect candidate to get kicked out of the NBA, and I’m sure I’m not the only one that feels that way. Unfortunately, the NBA decided not to," he added.

Barnes cited NBA Commissioner Adam Silver’s decision to force Donald Sterling to sell the Los Angeles Clippers as part of the reason why he thought Sarver should have been removed from the league. A conversation of Sterling making racist remarks was revealed in 2015.

Barnes said Silver missed an opportunity to "set a precedent." 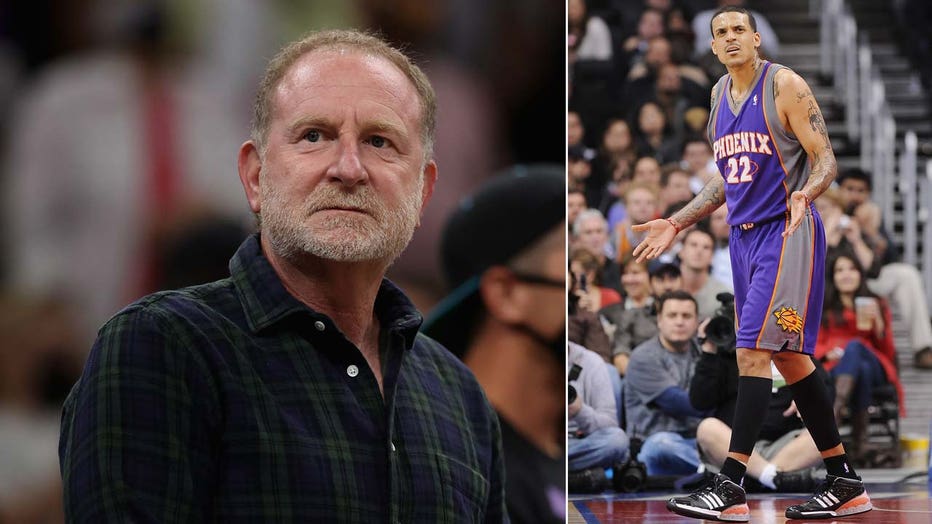 Sarver later released a statement on the NBA's decision and findings.

"Good leadership requires accountability.  For the Suns and Mercury organizations, that begins with me.  While I disagree with some of the particulars of the NBA’s report, I would like to apologize for my words and actions that offended our employees.  I take full responsibility for what I have done," Sarver said. "I am sorry for causing this pain, and these errors in judgment are not consistent with my personal philosophy or my values.

"I accept the consequences of the NBA’s decision. This moment is an opportunity for me to demonstrate a capacity to learn and grow as we continue to build a working culture where every employee feels comfortable and valued.

"I am extraordinarily proud of the Suns and Mercury organizations and the record we have built concerning diversity, inclusion, and giving back to the community. "It means a great deal to me that our dedicated and hardworking employees have made Phoenix a basketball destination – for both players and fans."