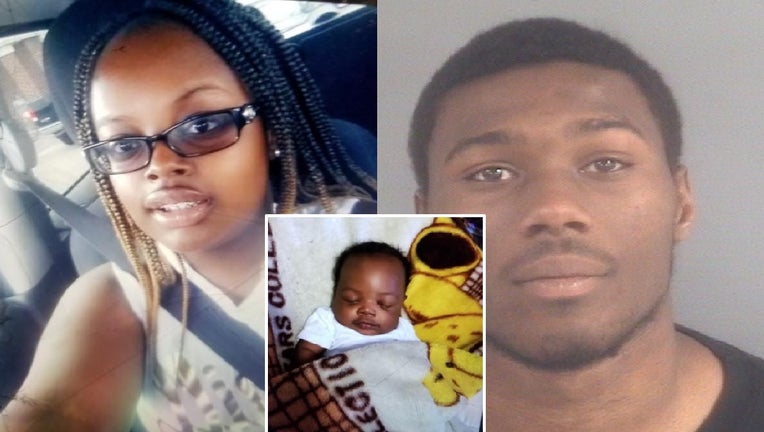 FAYETTEVILLE, N.C. - A man accused of forcing a woman and her one-month-old baby into a vehicle at gunpoint has been taken into custody and charged, Fayetteville Police said.

"Nathaniel and his mother, Jasmine, have both been located and are safe," police tweeted Monday morning. The two were found hours after the reported kidnapping.

Fayetteville Police said Thomas broke into a home on Tangerine Drive and forced Jasmine Livermore and a 1-month-old boy, Nathaniel Thomas, into a vehicle.

Thomas is being held in the Cumberland County Detention Center without bond.