The Nebraska Cornhuskers and Northwestern Wildcats battle in a Big Ten matchup to kickoff the college football season this weekend.

DUBLIN - College football is back this weekend on FOX as the season kicks off with a Big Ten battle between the Nebraska Cornhuskers and Northwestern Wildcats.

Coverage kicks off at noon ET with the FOX College Football Pregame followed by the game at 12:30 p.m. ET on FOX.

Nebraska and Northwestern are coming off disappointing seasons with both finishing with identical 3-9 records in 2021. The Cornhuskers haven’t won a game since their dominating 56-7 win over the Wildcats in Lincoln, Nebraska, last season. 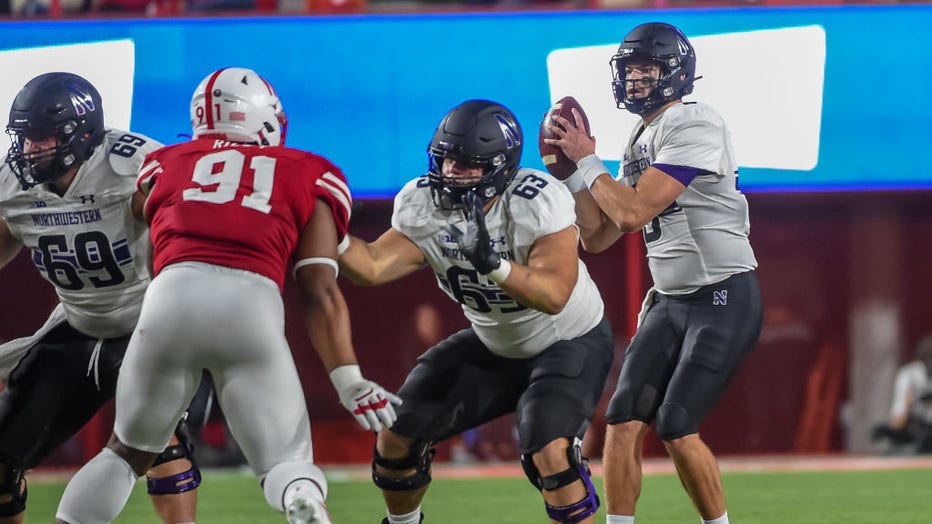 Quarterback Carl Richardson #9 of the Northwestern Wildcats takes the snap against the Nebraska Cornhuskers in the second half at Memorial Stadium on October 2, 2021 in Lincoln, Nebraska. (Steven Branscombe/Getty Images)

Cornhuskers head coach Scott Frost is under a lot of pressure to turn things around this season. He made changes to his coaching staff including hiring a new offensive coordinator.

Nebraska quarterback Casey Thompson, a transfer from Texas, was Frost's choice to take the first snap in Dublin because of his experience and ability to protect the ball. Thompson threw for 24 touchdowns and nine interceptions last season, completing 63.2% of his passes for 2,113 yards.

Wildcats head coach Pat Fitzgerald is in a different situation compared to Frost after he secured a long-term contract and has full support from the university.

Northwestern running back Evan Hull rushed for 1,009 yards last season on 5.1 yards per carry, and he will be a key player to He boasted about the whole running backs room.