TRENTON, N.J. - New Jersey’s official state Twitter account has gone viral, amassing thousands of followers in a matter of weeks with its unorthodox tone, leaving some wondering if the account was hacked.

If you happened to stumble upon the Garden State’s Twitter account, you may have noticed a litany of sassy and comedic one-liners paired with a healthy dose of Jersey attitude. 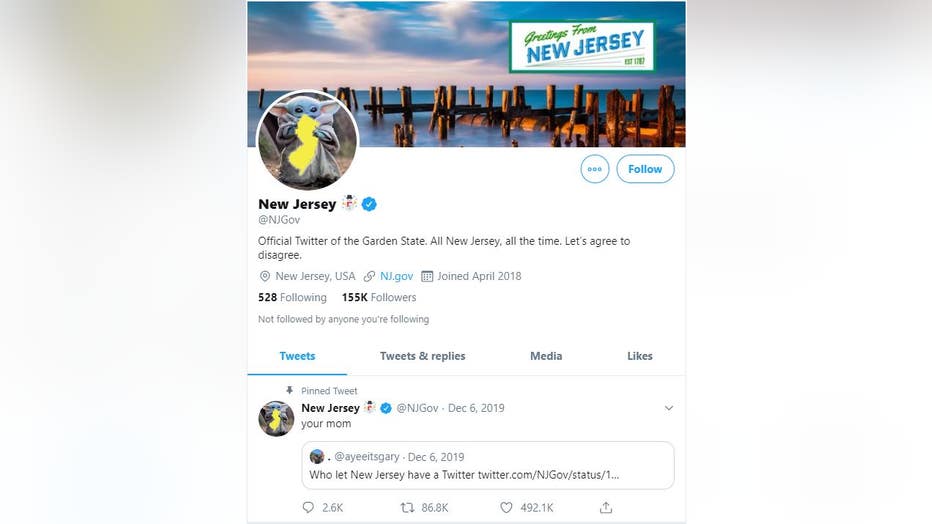 The page gained even more attention after it changed its avatar to a picture of Baby Yoda holding an outline of New Jersey.

Some of the responses by the state to various tweets included snarky one liners like “your mom,” when one user asked, “who let New Jersey have a twitter account?”

Another user seemed to tweet out of concern and humor saying, “Can't tell if the New Jersey Twitter is hacked or this is just...how it is lol.”

Whether you’re confused or happy about the account’s embrace of a humorous and ironic Twitter voice, you can thank New Jersey’s millennial-led digital team for the viral moment.

Pearl Gabel and Megan Coyne, who run the account, told Insider they had hoped to boost engagement by “reclaiming the Jersey spirit.”

"People make fun of it a lot as a joke, so we claim what people make fun of us for and embrace it and all the things New Jerseyans take pride in, almost like an inside joke for the state," Coyne said.

The team said the Twitter account is one of many digital projects they work on, but they are nonetheless surprised at the viral moment they achieved.