This video footage from a police officer's body-worn camera shows cops and firefighters catching a man and his baby who jumped from a burning building. (Video from South Brunswick Police Department)

NEW JERSEY - Firefighters and police officers in New Jersey caught a baby that a frantic dad dropped out of a burning second-story apartment.

It happened around 8:30 a.m. in South Brunswick.

Images and video shared by the South Brunswick Police Department showed heavy flames and black smoke pouring out of the roof of the three-story unit in the South Ridge Apartments.

Crews saw a man sticking his head out of a second-floor window of the apartment that was on fire. 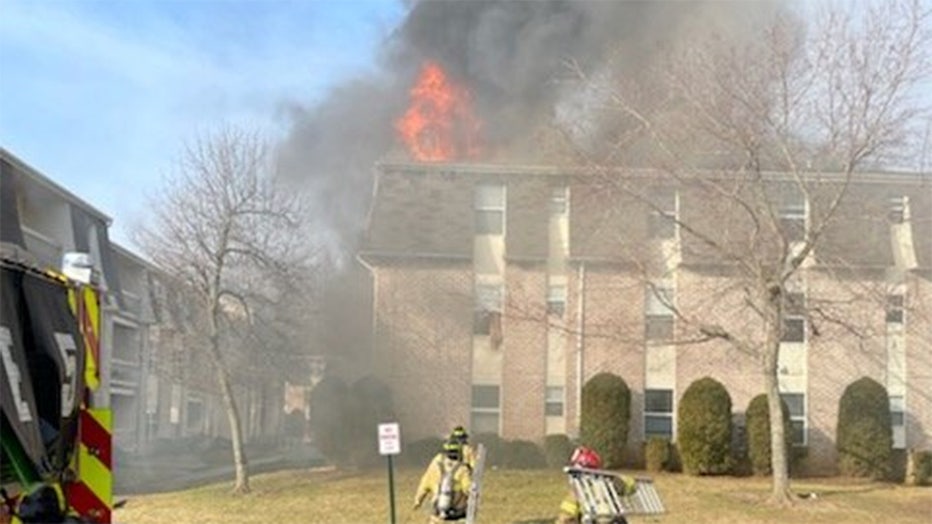 The police officers and the firefighter caught the child.

Seconds later the father also jumped headfirst from the second-floor window and was caught by officers. Both the child and father received only minor injuries.

"We were faced with extremely heavy fire conditions immediately on arrival, along with reports of people still inside," Smith said. "Fortunately, all of the occupants were able to escape the fire. If this fire was earlier in the morning when people may have still been asleep, the outcome could have easily been tragic."

There were two other minor injuries in the fire and only one person was taken to a hospital for treatment.

The Red Cross was at the scene to help around 50 people who had to leave their apartments.