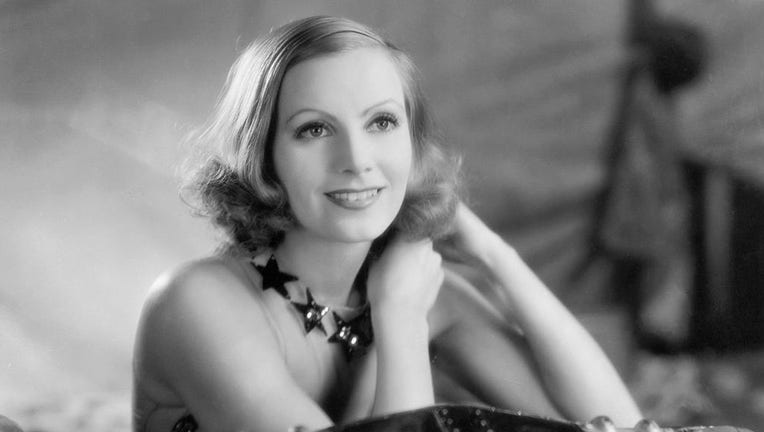 NEW YORK - Hollywood icon Great Garbo left a legacy in the form of her magnificent apartment on Manhattan’s East River — and it just hit the market again.

The home that belonged to the movie star for nearly 40 years still drips with old Hollywood flare, as Garbo’s signature style shows in everything from the furniture's custom upholstery to the collected artwork.

It features a balcony, a library, two elevators and plenty of closet space.

The apartment, co-listed by Compass and Corcoran Real Estate, went up for sale on Saturday with an initial asking price of $7.25 million — which is less than what it sold for five years earlier.

John McGraw, former chairman of McGraw-Hill Publishing, and his wife, Marjorie, were the first to purchase the property from the Garbo estate in 2017 for $8.5 million.

The McGraws took it upon themselves to renovate areas of the home, such as the kitchen and dining room, while preserving much of the home's Garbo-fashioned elements and spaces.

"This home is for the discerning buyer who is seeking dramatic, cinematic river and city views and the elegance that defined Garbo."

Listing agent Brian Lewis of Compass Real Estate disclosed in an interview with Fox News Digital that the McGraws are choosing to sell the apartment now that they're spending a majority of their time away with family.

They would rather the home be enjoyed by "someone who can really be there."

Lewis expressed his optimism about the listing after considering the McGraws' sellers, who are "based in reality and smart and mindful."

"They're not trying to defy gravity," he said. "But they're certainly trying to create an environment that's attractive and value-driven for someone who will appreciate this home."

The unit is based in The Campanile at the end of a cul-de-sac on 52nd St. It offers panoramic views of the East River and of the Queensboro Bridge.

Co-listing agent Will Kerr with Corcoran Real Estate detailed on a call with Fox News Digital that the 1927 pre-war building — pre-dating Manhattan's FDR Drive — has a "beautiful" venetian-style facade and exudes a "real energy and calmness."

"It’s a fantastic location in that it's extremely private and kind of tucked away, yet it's just a short walk to the hustle and bustle of midtown," he said.

"This home is for the discerning buyer who is seeking dramatic, cinematic river and city views and the elegance that defined Garbo."

Lewis, who has been involved in the home’s last two sales, explained how the essence of Garbo’s legacy "looms large in the best ways."

"You really spend time there, and you understand what the soul of it is," he said. "The vision that this home gives you, the perspective on the world — you really feel like you're in an artistic place."

"The level that you sit on the river, the relationship between the sky and the water is supreme," he added. "There’s a really nice energy and relevance. It's timeless."

The Compass real estate professional pointed out that Garbo’s bedroom still features custom elements that the movie star herself designed, including the wallpaper, the rugs and woodwork made out of wood shipped from Sweden.

The Swedish-born actress, who starred in classic ‘20s and ‘30s films like "Mata Hari" and "Grand Hotel," first purchased the fifth-floor, luxury unit in 1954. She lived there until her death in 1990.

It’s been said the star chose this home because the boats passing on the river reminded her of her native Stockholm.

Since then, the home has been modernized with amenities such as an HVAC system, a gas fireplace and the McGraws' renovated kitchen and dining spaces.

"Celebrities have the single-name recognition, right? You have Cher, Sting, Bono, Madonna and Garbo," Kerr said.

"And the apartment has the grace and glamour and grandeur that really defined her."