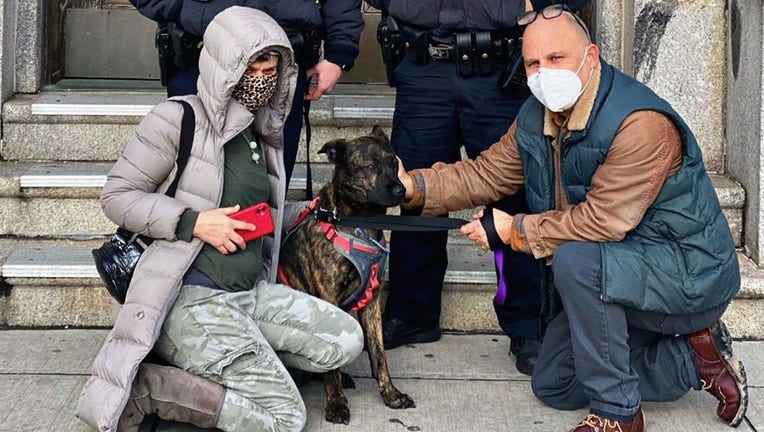 Tinkerbell reunited with its owners outside the 100th Precinct. (NYPD)

NEW YORK - Members of the NYPD Harbor Team rescued a dog named Tinkberbell that was frantically trying to stay afloat in a frigid Jamaica Bay.

The officers were patrolling the area Wednesday morning when they spotted the dog. The officers quickly pulled Tinkerbell from the freezing water, wrapped him in a blanket and brought him to a local veterinarian, tweeted the NYPD.

Later in the day, the dog was reunited with its owners who posed for a photo with the dog and its rescuers outside the 100th Precinct.

"A happy ending to a cold wet morning.  After failing her physical for the #SCUBA Team, Tinkerbell has been reunited with her owner Jason. Tinkerbell is in great health & looking forward to sleeping all day. Thanks to our Harbor team members for making this rescue paw-ssible."