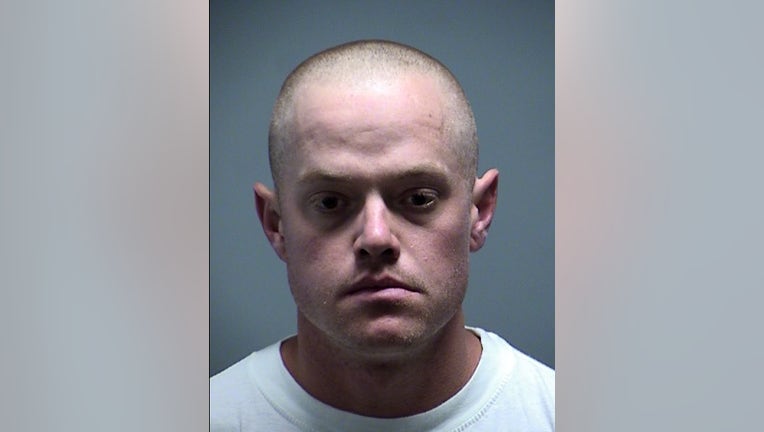 VILLAGE OF OAK CREEK, Ariz. - Authorities say a man in the Village of Oak Creek stole a car while it was running outside a convenience store before setting several small fires.

MacKenzie Boswell, 31, drove off in a mini-van Monday morning that a worker at a Circle K had left running, according to sheriff's spokesman Dwight D'Evelyn.

A deputy spotted the van about an hour later in a Sedona shopping center. The deputy arrested Boswell, who had $300 in his pocket that belonged to the van's owner.

Around the time of Boswell's arrest, deputies responded to several small fires near a vacant home in the Village of Oak Creek. Fire crews were able to put the fires out, which burned areas of grass and bushes. Firefighters found evidence they had been deliberately set with a propane torch.

A nearby resident told investigators Boswell had been staying in a barn nearby, D'Evelyn said. In addition, deputies observed that Boswell smelled like smoke and had matches and a cigarette lighter in his possession. Also, a neighbor reported a propane torch hand been stolen.