The Ocotillo Fire in Cave Creek is rapidly growing and has increased to 750 acres. There are mandatory evacuations in place.

PHOENIX - A brush fire in the town of Cave Creek that grew to 1.4 square miles now is 100% contained and all remaining evacuation orders have been lifted.

Arizona State Forestry officials said the fire believed to be human-caused was reported last Saturday afternoon and some 500 homes were evacuated involving about 1,000 residents.

Some residents were allowed to return home Sunday night with the rest by noon Tuesday.

State Forestry officials said the fire was fueled by triple-digit temperatures, dry vegetation, and wind gusts as it more than doubled in size over a two-hour period Saturday.

The town of Cave Creek tweeted that evacuations are mandatory for people who live west of North School House Road, east of 48th Street and north of New River Road to the Tonto National Forest. 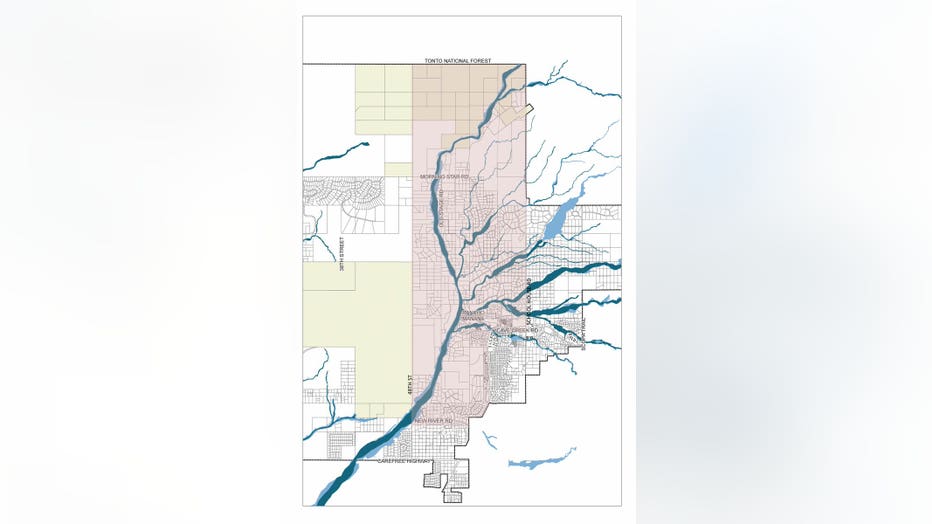 The fire reportedly started near the 7th hole of the Rancho Marana Golf Course in Cave Creek. Forestry officials are assuming this is human-caused because there is no lightning.

Officials have not said what caused the flames.

The fire came a week after crews contained another human-caused brush fire near Cave Creek, about 33 miles north of Phoenix.