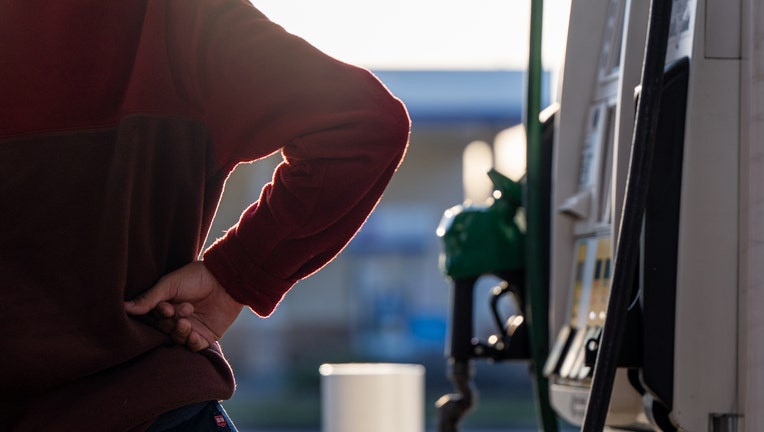 A person pumps gas at a Shell gas station on April 01, 2022 in Houston, Texas. (Photo by Brandon Bell/Getty Images)

House Democrats on Wednesday accused oil companies of "ripping off the American people" and putting profits before production as Americans suffer from ever-increasing gasoline prices amid the war in Ukraine.

"At a time of record profits, Big Oil is refusing to increase production to provide the American people some much needed relief at the gas pump," said Rep. Frank Pallone, D-N.J., chairman of the House Energy and Commerce Committee.

Oil executives, testifying before Congress for the second time in six months, responded that oil is a global market and that oil companies don’t dictate prices.

"We do not control the market price of crude oil or natural gas, nor of refined products like gasoline and diesel fuel, and we have no tolerance for price gouging," said Chevron CEO Mike Wirth.

The hearing comes as President Joe Biden has ordered the release of 1 million barrels of oil per day from the nation’s strategic petroleum reserve for six months, a bid to control energy prices that have spiked after the United States and allies imposed steep sanctions on Russia over its invasion of Ukraine. The national average gas price was $4.16 a gallon for regular on Wednesday, up from $2.87 a year ago, according to AAA.

Biden and other Democrats have blamed Russian President Vladimir Putin and the U.S. oil industry, citing reports that oil companies have made record profits in recent months, as prices have risen following Russia’s invasion of Ukraine.

Noting that prices were increasing before Russia invaded Ukraine in late February, McMorris Rodgers said Americans "are too smart and have not fallen for this" claim by Biden and other Democrats. She called the hearing "purely political."

Under questioning from Pallone, Woods and other CEOs said oil companies have no plans to halt payments of dividends to stockholders or to restrict stock buybacks that have enriched shareholders and company executives. The six companies at the hearing recorded $77 billion in profits last year, they told Pallone.

Rep. Kim Schrier, D-Wash., said gas prices are close to $5 per gallon in her Seattle-area district. Her constituents "are mad, and they should be,'' she said, citing the record profits oil companies are reaping.

"This feels like gouging. It even feels like profiteering,'' Schrier said. Prices at the pump have not gone down in recent weeks along with crude oil prices, she and other Democrats noted.

At a time of war and high prices, "oil companies should not be sending profits back to shareholders,'' she said, urging oil executives to restore production to pre-pandemic levels.

Wirth, the Chevron CEO, said his company produced a record amount of oil in 2021, while also making sure to "return value to shareholders'' through higher dividends and stock buybacks.

"They're not mutually exclusive. We can do both,'' he said.

Biden has called on Congress to impose financial penalties on companies that lease public lands but don't produce oil, a request that so far has been ignored. Biden also invoked the Defense Production Act to encourage mining of critical minerals for batteries in electric vehicles, part of a broader push to reduce use of fossil fuels and address climate change.

"The bottom line is if we want lower gas prices we need to have more oil supply right now," Biden said last week in announcing the release of oil from the strategic petroleum reserve. "This is a moment of consequence and peril for the world, and pain at the pump for American families."

Since the 1970s, the United States has been storing hundreds of millions of barrels of oil in the Strategic Petroleum Reserve. Here is a look at what's involved:

Higher prices have hurt Biden’s approval domestically and added billions of oil-export dollars to the Russian government as it wages war on Ukraine.

The release of oil from the U.S. stockpile could reduce oil prices, although Biden has twice ordered releases from the reserves without causing a meaningful shift in oil markets. Biden said last week he expects gasoline prices could drop "fairly significantly."

Oil companies have pledged to boost domestic production, but it is growing slowly. Executives point to supply chain and labor constraints as a result of the COVID-19 pandemic, as well as investor demands for returns. They have called for more federal permits to allow additional leases.

Besides Exxon and Chevron, other companies represented at the hearing were Shell, BP, Pioneer Natural Resources and Devon Energy.