On his birthday, Valley teen gave out presents to kids in hospital

A Valley teenager spent his birthday in the hospital on Monday, but not for the reasons one might think. FOX 10's Bailey Miller reports.

PHOENIX - A Valley teenager spent his birthday in the hospital on Monday, but not for the reasons one might think.

14-year-old Landon Priest decided to spend his special day passing out toys to the children in the Pediatric Center at Banner Thunderbird Medical Center.

Landon has been in and out of the hospital since he was young, battling severe medical conditions including mild autism and cystic fibrosis. He saw the need for toys in the hospital, so he took it upon himself to give to others.

"Why did I want to donate it on my birthday, because I want to be kind to other kids that are sick and can't go to school, and some of their parents are not there," said Landon. "I was here at the hospital a lot and there was a lack of toys, so I wanted to donate toys so kids could find things they want, so kids could do stuff instead of sitting on their iPads."

This all started when he decided to host a toy drive, asking for donations from his family and friends. After receiving an overwhelming response on social media, he was able to pass out all the gifts he had hoped.

Hospital staff says donations like this are a big boost of happiness and confidence to the children in the hospital, so it is safe to say Landon gave the greatest of all today. 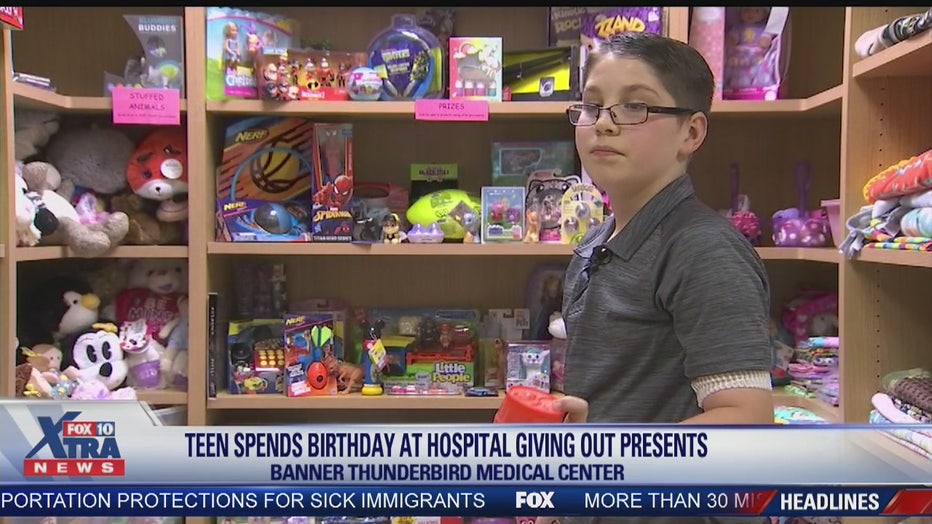