Quinten Hogan and Tawanna Davis spoke with FOX Television Stations about their bond and the transplant that's touching hearts around the country.

The 25-year-old man of Wayne County, Mississippi, recently donated his kidney to Davis after she had been experiencing kidney problems for more than a year.

Doctors told Davis, a 45-year-old former corrections officer, that her creatinine levels were increasing as she battled hypertension and diabetes. She started dialysis later in the year. Davis also has multiple sclerosis. 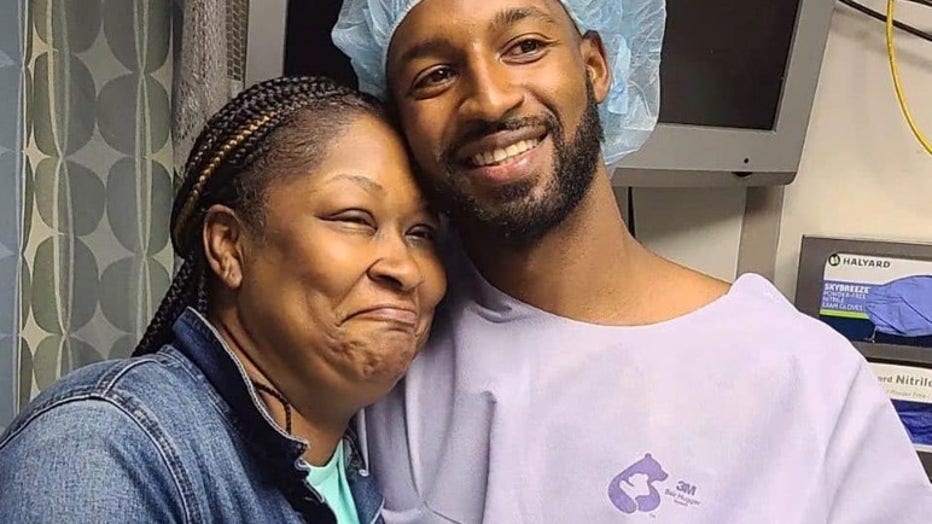 She knew she needed a new kidney soon or would face up to five years of dialysis while she waited for one.

"I tried to stay positive about everything," Davis told FOX Television Stations. "I just prayed about it, and I knew that I felt like it would come."

RELATED: New 3D-printed ear could be a game-changer for organ transplants, doctors say

As his mother battled kidney problems, Hogan tested and found out his kidney was a match in October 2021. However, Davis was unsure about receiving an organ from her only child.

"She never really wanted me to do it," Hogan told FOX Television Stations. "She’s my mom. She didn’t want nothing to happen to me. She wanted me to be 100% healthy until I die."

But Hogan said he couldn’t picture his life without his mother.

"It wasn’t nothing for her to birth me and take care of me and to make me who I am today." he continued. "It ain’t nothing to give her pretty much the same amount of life that I lived on this earth back to her."

"I have a lot of goals for myself, but I want my momma to see that," he said.

Davis said she agreed to receive her son’s kidney because he was so adamant.

"It was simple. He didn’t give me no other choice," she said.

Both mother and son underwent surgery in June at the University of Mississippi Medical Center. It was also the hospital’s landmark 3,000th transplant.

"Any day that you do a live donor surgery, it’s a great day," Dr. Christopher Anderson said in a news release. "Living donation is such a wonderful gift. It changes many lives – not just the recipient and the donor, but the whole family."

"I have a lot of goals for myself, but I want my momma to see that,"- Quinten Hogan

Davis said the surgery was a success and now she’s recovering and no longer on dialysis.

The two said they were already close before the donation but now share an even deeper bond.

"I guess it just shows a lot of selflessnesses," Hogan said. "It’s amazing to give life in a different way."

Davis urges people to look into being organ donors.

"If you can match up to somebody, help somebody," she said. "Give somebody life."

According to Donate Life America, 90,000 people in the U.S. are on the national transplant waiting list for a donor kidney. The average waiting time for a donor kidney from a deceased donor is three to five years.