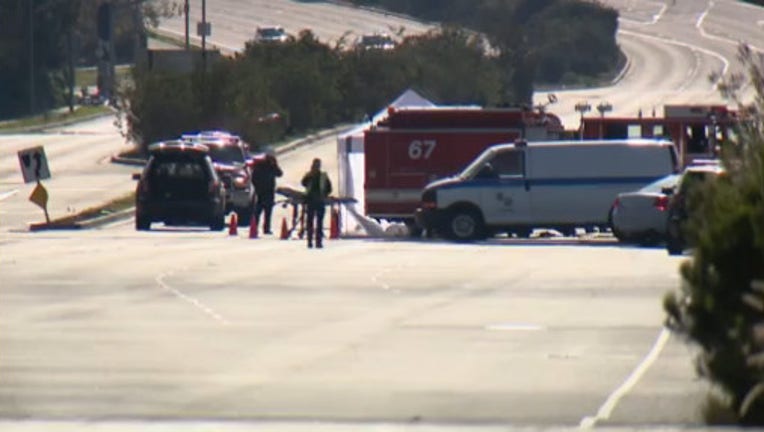 PLAYA VISTA, Calif. - A 60-year-old woman riding as a passenger in a taxi cab was killed Saturday when the vehicle crashed into a Los Angeles Fire
Department ambulance.

The Los Angeles Fire Department says they were responding to an emergency call with their lights and sirens on when the ambulance was struck. The accident happened around 8:22 a.m. the 13200 block of West Jefferson Boulevard.

The fire department says paramedics gave immediate medical assistance to the female passenger in the back seat, but unfortunately they were unable to revive her. She was pronounced dead at the scene.

The taxi driver and two LAFD firefighters were transported to the hospital with minor injuries.

The cause of the crash is under investigation.